Forgiveness is an act of pardoning the culprit. It is a process by which a victim undergoes a change in feelings and attitude regarding an offense. And this lets go of negative emotions such as revenge.

According to psychology, Forgiveness is a conscious, deliberate decision to release feelings of resentment or vengeance toward a person or group who has harmed you, regardless of whether they actually deserve your forgiveness or not.

Forgiveness doesn’t mean forgetting nor it means condoning or excusing offenses. It simply means letting go of your anger. By forgiving others you contribute to your own growth and development. So you should focus on this act.

Now the question arises how can we forgive someone? How can we make a difference by forgiving the offender? What will be our benefit in forgiving others?

The above-mentioned questions might be revolving in your mind. But don’t worry, because forgiveness is a very simple task which can easily become a part of your life. So just take a minor step forward by forgiving someone today and see the difference.

The need to forgive is highly accepted by the people. But most of them fail in accomplishing it. People need to understand that forgiveness is something that is taught to understand and practice at a young age.

Now let’s become more aware of forgiveness by these ultimate Forgiveness Quotes that will help you in controlling your anger.

“Forgiveness is the giving, and so the receiving, of life.”

“Forgiveness is the true sign of spiritual and emotional maturity.”

“True forgiveness is when you can say, ‘Thank you for that experience.” — Oprah Winfrey

“Forgiveness is the most prominent quality of the strong and not the task of the weak.”

“The weak can never forgive. Forgiveness is the attribute of the strong.” — Mahatma Gandhi

“Forgiveness is the fragrance that the violet sheds on the heel that has crushed it.” —  Mark Twain

“Forgiveness is not an occasional act; it is a permanent attitude.” — Martin Luther King. Jr.

“Forgiveness liberates the soul. It removes fear. That is why it is such a powerful weapon.” — Nelson Mandela

“A happy marriage is the union of two good forgivers.” — Robert Quillen

“Unless and until you decide to forgive the situation and let go of, you cannot move a single step forward.”

“Forgiveness is a funny thing. It warms the heart and cools the string.” — William Arthur Ward

“Be the one who understands others and possess a forgiving heart who looks for the best in people.”

“By forgiving someone you will discover a miracle in your own heart that allows you to reach out and begin to build between you a bridge of reconciliation.”

“Don’t ever underestimate the power of forgiveness. It lifts the burdens of people and keeps you moving on.”

“We should never be surprised when God keeps His word to forgive those who confess their sins.”

“God’s command is forgiveness. So forgive your loved ones and all.”

“Always forgive your enemies; nothing annoys them so much.”

“Forgive those insult you, attack you, belittle you or take you for granted. But more than this…forgive yourself for allowing them to hurt you.”

“The action of forgiveness will teach you empathy with others.” — Oscar Wilde

“If someone does you wrong, keep in mind that everybody makes mistakes. Forgive and forget. No one wants to be around someone who constantly makes them feel guilty.”

“As long as you don’t forgive, who and whatever it is will occupy a rent-free space in your mind.”

“Forgiveness saves the expense of anger, the cost of hatred, the waste of spirits.”

Forgiveness is not for the sake of others, it is for ourselves, it is for our betterment. If you forgive someone, you forgive them for your sake. Forgiving others is an art that only a strong will-powered person possesses deep in his heart.

Now we are pretty much clear that forgiving is not forgetting, nor does it mean that you’ve given the message that what someone did was OK. It simply means that you value yourself more and that you’ve let go of the anger or guilt towards someone, or towards yourself. And always remember that only the brave know how to forgive, a coward person will never forgive because for him his ego is more important. But for a brave person, his moral values are more important.

I hope now you are clear with the concept of Forgiveness. If yes, then do share these Forgiveness Quotes Images with your family, friends, and loved ones. 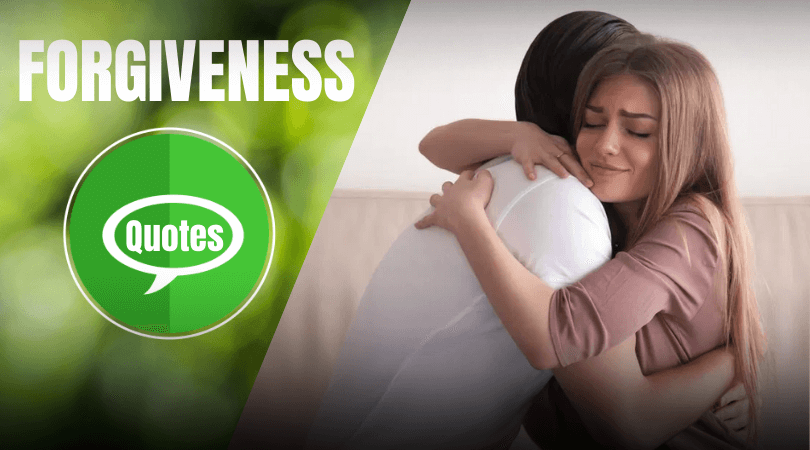 The post Forgiveness Quotes That Will Help You Control Your Anger appeared first on YourSelf Quotes.