If we read the world history, we will find many influencing and motivating personalities who have created benchmarks. Their lives not only inspired us but instilled the right paths to follow to improve our lifestyle.

There is a great saying, “people are not born great, but their work and contribution towards society and humans make them great.” One of those names is Confucius. His name is among the most celebrated philosopher of all time in world history. Different times in world history, portrayed Confucius as a great philosopher, teacher, mentor, editor, activist, and prophet.

His holy name “Confucius” came from a combination of Kang’s surname and then honorific suffix master. Many concepts and cultural practices in East Asia, mentioned his name, making him arguably one of the most significant thinkers in East Asian history.

The great philosopher Confucius was born at the end of an era known as the spring and autumn in Chinese history. The time was the 6th century BCE. He belonged to the original state of eastern China, known as Lu. As per many reports, Confucius’s early ancestors are the “Kongs” from the state of song, who was known as an aristocratic family that produced several proficient counselors for the song rulers. In the mid of the 7th century BCE, the family lost their political standing and wealth.

Confucius is believed to live from C.551 to C. 479 BCE. He worked for the Prince of Lu in various positions. Later he started traveling widely in China while meeting with several minor adventurers, including incarceration that lasted for five days due to a case of mistaken identity. But you will be surprised to know that he calmly played his stringed instrument until the error was uncovered. After returning to his hometown, Confucius founded his own school for offering the teaching of the ancients to the students.

Confucius never considered himself a creator, but instead, he called himself a transmitter of the ancient moral traditions. His school was open to all classes, including rich and poor.

Confucius started writing while teaching in his own school. He has two poetry collections, “The book of odes” and “The book of documents.” He also has written the spring and autumn annals telling the history of Lu and the “Book of changes” that consists of a collection of treatises of prophecy.

Confucius was the analects, although there is no evidence that the sayings and short stories he wrote or said are by him.

Confucianism is one of the most influential religious philosophies in Chinese history that existed for more than 2500 years. It has morality, inner virtue, and respect for the community and values.

As per the belief of Confucianism, every human being has a set of defined rules and obligations. Every individual, the family can reform the perfect society if they act rightly. Confucianism was considered to be a blueprint of great learning for the rest of the world.

Some Fun Facts About Confucius

“Wherever you go, Go with all your heart.” — Confucius

“Everything has beauty, but not everyone sees it.” — Confucius

“They must often change who would be constant in happiness or wisdom.” — Confucius

“Study the past if you want to intuit the future.” — Confucius

“It does not matter how slowly you go so long as you do not stop.” — Confucius

“When anger rises, think of the consequences.” — Confucius

“When it is obvious that the goals cannot be reached, don’t adjust the goals; adjust the action steps.” — Confucius

“Faced with what is right, to leave it undone shows a lack of courage.” — Confucius

“To be able under all circumstances to practice five things constitutes perfect virtue; these five things are gravity, generosity of soul, sincerity, earnestness, and kindness.” — Confucius

“To see what is right, and not to do it, wants of courage or of principle.” — Confucius

“He who speaks without modesty will find it difficult to make his words good.” — Confucius

“Be not ashamed of mistakes and thus make them crimes.” — Confucius

“Isn’t it a pleasure to study and practice what you have learned?” — Confucius

“You cannot open a book without learning something.” — Confucius

It is impossible to learn everything about the great Chinese philosopher Confucius at once. His famous sayings and beliefs have impacted many people’s lives, and his teaching still remained to educate people of the contemporary world.

Even though his life began and ended centuries before, his legacy will remain forever.

Hope these Confucius quotes have influenced you to leave a better life filled with happiness, kindness, and greatness. Let us know your favorite Confucius quote in the comment section below. 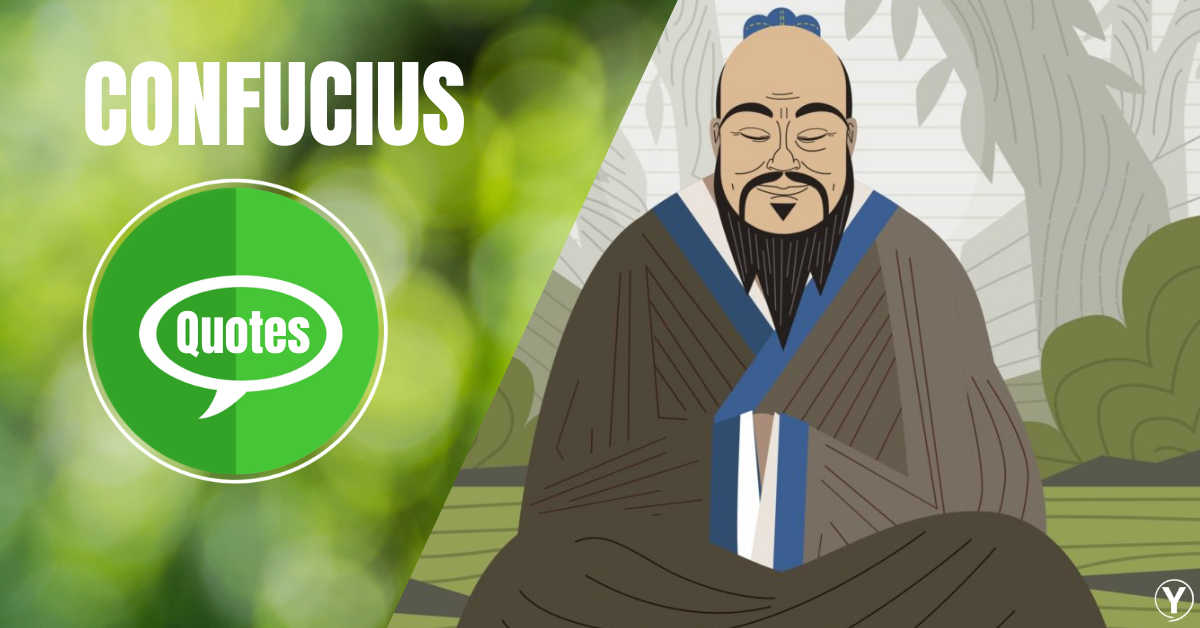 The post Famous Confucius Quotes to Make You Wiser appeared first on YourSelf Quotes.