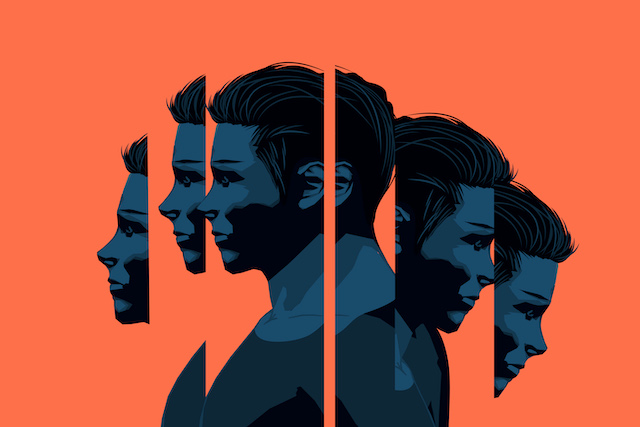 “The struggle of my life created empathy—I could relate to pain, being abandoned, having people not love me.” ~Oprah Winfrey

Statements like this have become commonly accepted wisdom today because they are undoubtedly true. If you see yourself as a victim, you will be one. You will be someone who has been defeated, someone who is at the mercy of another, and that is no way to live.

And yet, the truth is that many people have been victims. Actually, it’s probably fair to say that everyone has been a victim of something or someone at some point in their lives. So, how can we reject being a victim without denying reality? On the other hand, if we accept being a victim, aren’t we then giving up our own power and independence?

The answer I think lies in part in a subtlety of language, a small distinction with a big difference. Rather than defining ourselves as victims, why not just say that we have been victimized?

One thing this immediately does is to describe the act, not the person. It means someone was taken advantage of, mistreated, bullied, tricked, or whatever the offense was. It does not disempower that person thereafter by defining him or her going forward after the event.

In fact, “victimize” is a verb, and just using it seems to bring a sharper focus on the subject rather than on the object. When I hear the word “victimize,” my first thought is “Who did that?” not “Who was the victim?”

While that may sound like splitting hairs, the word “victimize” describes a moment in time, not a person. It accurately portrays a reality without turning that reality into a perpetuity by defining someone as a victim. It rightfully places emphasis more on the person who shouldn’t have done that rather than the person who shouldn’t have let it happen, as if he or she had any choice in the matter.

However, there is a much more important point here than those semantics, which is this: While we don’t want to define ourselves as victims, we also don’t want to erase an important part of our story, a part that may have played more of a role in our personal growth and development than anything else.

As unpleasant as it may be to experience, pain deepens people. To hurt and to be sick is to commune with all of those people who are sick and hurting and who have ever been sick or hurt or ever will be sick or hurt.

In suffering, one is given the chance to suffer along with everyone else who is suffering, to be connected with a vast array of people facing innumerable different circumstances. To suffer is to be human, part of a much greater whole.

When coming out the other side, we have a choice. We can forget our suffering and learn nothing, remaining unchanged. Or, we can define ourselves as a sufferer and collect another sad story to cling to. The telling of that story is what creates our ego, and indeed, for many people, that ego is a victim story.

While on its face a victim identity is not a happy thing, the victim story does have its allure. It certainly can be a way to avoid responsibility and curry sympathy from others. More than anything, it provides the stability of an invented identity, which is exactly what the ego is.

That stability staves off the ultimate fear—that of life’s ever-changing uncertainty. But, at the same time, clinging to this stability causes us to fight with life, and hence leads to suffering. It is a rejection of life.

However, there is a third way, which is to accept what happened to us and learn from our suffering to become a wiser, kinder, and more empathetic person. It is to embrace our victimization without becoming a victim.

Suffering is the great teacher and the great uniter. There is an ancient spiritual teaching from India which asserts that there are three ways to acquire spiritual knowledge: through experience, through reading books, and through a teacher, or someone who knows about it.

Unfortunately, if you’ve ever met or read about people who have undergone a major spiritual awakening, or if you have experienced one yourself, it is usually the result of the former, and that “experience” is usually pain and suffering.

So, when we’ve been victimized, we gain some insight and some power. We can recognize those people who are or have also been victimized, or even who are just hurting, and more readily empathize with their experiences. We are more able to be that helping hand, that listening ear, that open heart.

This is a lesson I have learned though painful experience.

A few years back, I was in a cancer caregiver support group when my mom was going through her cancer journey starting just a few weeks after my father passed away. I moved back home from very far away and had served in part as caretaker to both of them—a very difficult experience.

I stayed in the group until my mom was miraculously recovered and it was time for me to get on with my life, maybe after a period of sixteen months. When someone left the group, different members would go around in the circle a say a sort of little tribute to the person leaving.

One woman in the group came from a very different set of circumstances than I did. I’m a white guy from the suburbs who grew up in stable family and attended a prestigious university. She was a mixed-race African American and Hispanic woman who grew up in a single mother household in the Bronx and went back to get her degree as an adult.

She had a confession to make. She said when I first came to the group, I just seemed like a privileged white guy from the suburb where I was born. However, as she got to know me and heard me in the group, she knew there was “something” about me—that I could listen to people and hear their pain and somehow relate to them. I could hold space and give good advice at the same time, and she knew it was from the heart. It was not something she expected of “someone like [me].”

What she couldn’t tell was that the picture-perfect suburban upbringing I had masked an uglier truth.  Unfortunately, my childhood story was one of frequent abuse—physical, emotional, and even on a couple of occasions sexual.

I grew up in a family of four children, the scapegoat of the family. It was a relationship dynamic that my parents taught to all of my siblings. Thinking back on my childhood, nearly all of my happy memories took place outside of the home—at school, at friends’ houses, by myself, anywhere but home. I was alone in a house full of people.

While I’d love to say that ingrained a tenderness in me, an intrinsic empathy for the downtrodden, it didn’t. It hardened me and made me uncharitable. I could tough it out. I could push past it all. Why couldn’t other people? That was my attitude.

Then, well into my adulthood, I had a crisis—a complete emotional breakdown. After years of illness, a difficult career, tragedies among my friends and family, it all become too much. I collapsed but was reborn. It was at that time, when all my defenses crumbled, that I experienced a total change of heart. Among other things, I found my empathy. It was a bottomless well of goodness that I never even knew was there.

More than anything, I found myself drawn to the outsider. Deep down my harder self had seen the outsider with contempt, probably because I could recall how painful it was to be the outsider growing up. Now, I was able to empathize with that outsider as I fully accepted and integrated the whole of my experience, including my childhood of victimization.

And yet, having grown up the way I did and even after the big “shift” caused by my breakdown, I still didn’t really think of myself as a “nice” person. I suppose my outer reserve remained intact because I didn’t think people thought of me that way either.

What that lady in the cancer group said to me that day was better, more meaningful, and more rewarding than any trophy, award, accolade, or recognition I have ever received. But it was a compliment dearly bought, for without my childhood victimization and the suffering I’d experienced in my adult life, I never would have earned it.

A victim I am not. For that to be true, I’d still need to be sad or resentful. I’d need to be living in some maladapted way, surviving through coping mechanisms and pain management. Is it upsetting when I think about that innocent, happy, carefree childhood I never had? It sure is. But my past brought me to my happy present and taught me heart lessons that I never would have otherwise received.

When I look back, would I want to live through it all again? Definitely not, but I’m glad it happened that way and thankful for those experiences.

But, while being nobody’s victim, I do not reject—indeed I embrace—my victimization. It’s part of my story, maybe the most critical part.

Joshua Kauffman is a recovering over-achiever and workaholic. Leaving behind a high-powered life in business, he has become a world traveler, aspiring coach, and entrepreneur of pretty things. Amateur author of a recent memoir Footprints Through The Desert, he is trying to find ways to share his awakening experience, particularly to those lost in the rat race like he was.

The post Why I Don’t Define Myself as a Victim and What I Do Instead appeared first on Tiny Buddha.