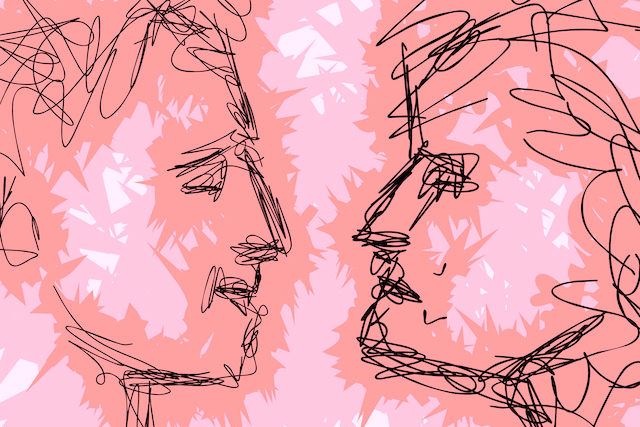 “Winning the war of words inside your soul means learning to defy your inner critic.” ~Steven Furtick

We all have that voice in our head, the voice that’s always negative about ourselves. Our inner voice.  Our inner critic.

The one that tells us we’re not good enough, not smart enough, not attractive enough. That voice that continuously compares us to other people, so we come up lacking and feeling less than.

Sometimes that voice is our own. Other times, and for some people, maybe those of us who have felt unloved or disliked by a significant person in our lives, that voice belongs to them.

Then there are times when that inner critic will take on the voice of multiple people. A parent, a past lover who jilted us, and an abusive boss, for example. It can be quite the party in our heads, and not always a good one!

For a while, the voice in my head belonged to my mom.

It became a lot more frequent after she passed away. And a lot more persistent. Her best times to chat with me were always during my morning and evening routines.

Why? I haven’t quite figured that out yet. Maybe it was because, during those times, especially with my morning ritual, I was prepping to present my best self to my world, doing my makeup and fixing up my hair. What better time to be critical, right?

In the mornings as I prepared for the day, I heard how my skin care routine didn’t matter, I was going to get old anyway, and look old. The makeup I applied didn’t make me look any better. The affirmations I wrote on the bathroom mirror were stupid and useless.

Anything I did to make myself better and healthier didn’t matter. I could never change, and I could never improve myself. Regardless of how much I tried, or how much effort I put in, I would never be good enough. Never enough period.

At times, I think there was an undercurrent of jealousy. Maybe because I wanted to improve my life, that I wanted so much more from life. More than what she wanted for herself and for me.

When she was alive, I definitely felt this was why she found so many faults with me and pointed out all my shortcomings. It would make sense, then, that any critical thoughts I had about myself could so easily be transferred to her image, and in her voice.

I can understand those feelings and see why her feelings came out the way they did. Fears held her back from becoming more, from wanting more. And just possibly, those were my fears too, but now being heard via her voice. Fears of never really becoming who I want to be, of never being enough.

For a long time, during those morning and evening chats, I argued back. I got very defensive. And I felt like everything I was doing was useless and worthless. During those times it felt like she was right. That my inner critic was spot-on.

Then one day I got quiet. Maybe I was exhausted with this daily dialogue. I don’t know. But I got quiet. I decided to just let her talk without reacting to what she said. No more arguing. I just smiled, a gentle unconcerned smile, and continued with my routine.

I let everything that was being said just sit in the space around us. I heard it but didn’t take it in.

My intention now was to observe. I wasn’t belittling her feelings by ignoring her, I just simply observed and let her talk, giving her voice the space to speak and to be heard. Periodically, I responded with something like, “Yeah, I can see why you think that.”

For a while this became the style of our regular chats. The new dialogue that the voice in my head was speaking. The negative remarks, the catty remarks, and the put-downs, all drawing a quiet and unconcerned smile, with no negative response from me.

Before long it changed again. My mom-in-my-head, instead of chastising me for wasting my efforts, became inquisitive. The voice started making positive remarks about the products I used and the affirmations I wrote on the mirror. She became curious. That voice started asking positive questions, empowering questions. Questions that were now on my side—with me, not against me.

It’s very possible that the reason my inner voice, my inner critic, has taken on the voice of my mom is that I still very much want the approval from her that I felt I never received while she was alive. I will never actually get it now that she is gone, and that’s something I have to accept. But this may be another way that I can maybe feel like I get it, even just a little.

Perhaps it’s how I can get the approval from myself that I’m seeking too. The belief that I am indeed becoming the person I want to be. That I am indeed enough.

I’m reminded of this saying, “We can’t control how other people act; we can only control our own reaction.”

Sure, this inner voice is mine, maybe sounding like someone I know. And one would think we can control our inner voices. But if it were only as easy as that, no one would ever struggle with self-doubt, and at times self-loathing.

Learning to control that inner voice is like controlling a temper-tantrum-filled two-year-old. Eventually do-able, but it takes herculean effort!

The method that’s currently working for me is to let that voice speak. Meeting it with a gentle smile and letting it flow around me, without landing on me. Being observant but unconcerned.

Over and over, as long as it takes. Because soon that inner voice will be curious about what’s happening with me, what’s working for me, what it is that is bringing me such peace.

Perhaps the same is true for you. Maybe instead of trying to make your inner critic go away, you just need to let it exist. When you observe your self-critical thoughts without fighting or attaching to them, you take a little of their power away. And maybe as you take your power back your inner voice will slowly transform into something softer, gentler, and on your side, because it can finally see it’s a good place to be.

Based on her work with clients, Deb developed a 12-week program that guides her clients to identify all the areas of their lives, clarify their vision for each area, create a plan to achieve those visions, and then execute those plans. She wants her clients to live life on purpose, not just go through the motions of living, and not settle for anything less than their Best Life. Visit Empowering You for more.

The post How I’m Winning Over My Inner Critic by Letting It Exist appeared first on Tiny Buddha.