‘The Rock’ is the name of success in American history of wrestling and Hollywood. This name has been given to Mr. Dwayne Douglas Johnson because of his excellent contribution to the game. He believes that consistent hard work gains success only in life.

He was a great player of wrestling and then he moved to Hollywood where he will be remembered for his unforgettable role of ‘Mathayus/Scorpion King’ in The Scorpion King, ‘Hercules’ (son of Zeus) in Hercules, and ‘Luke Hobbs’ in The Fast and the Furious franchise. He was the first person in Hollywood who had taken approx. 5.4 million dollars for his debut starring role in The Scorpion King.

Dwayne Douglas Johnson was born in Hayward, California, the U.S on 2nd May 1972. He is the son of Rocky Johnson who was also a professional wrestler. He belongs to the wrestling family, but it was the second choice to follow as the wrestler. He was good at football in school days and he won the national championship in 1991, but he left this game due to injury and started taking interest in wrestling. He told to his father that he wanted to join this game. However, his father opposed it.

Johnson married his school friend Dany Garcia in 1997 and his daughter Simone. They had divorced after 10 years of marriage. Soon after relation. He started dating musician Lauren Hashian and they become a long-term partner without marriage. They are living together and have two children, Jasmine Lia and Tiana Gia.

Soon, He was much popular in a game and people started recognizing him. He thought to move from wrestling to Hollywood movies. As he was offered the Scorpion King movie the first time. He received the highest payment for this movie in American film history. Then he never looked back and he did many super hit movies like Fast & Furious Franchise, Ballers, Skyscraper, Central Intelligence, Jumanji, the Mummy Return, etc.

Now, there is a rumor that Johnson is thinking to fight the presidential election of 2020. He had participated in some political party events in New York. But time will tell the rest story, let’s see…!

“Be Humble, Be Hungry, Be Hardest Worker.” — Dwayne Johnson 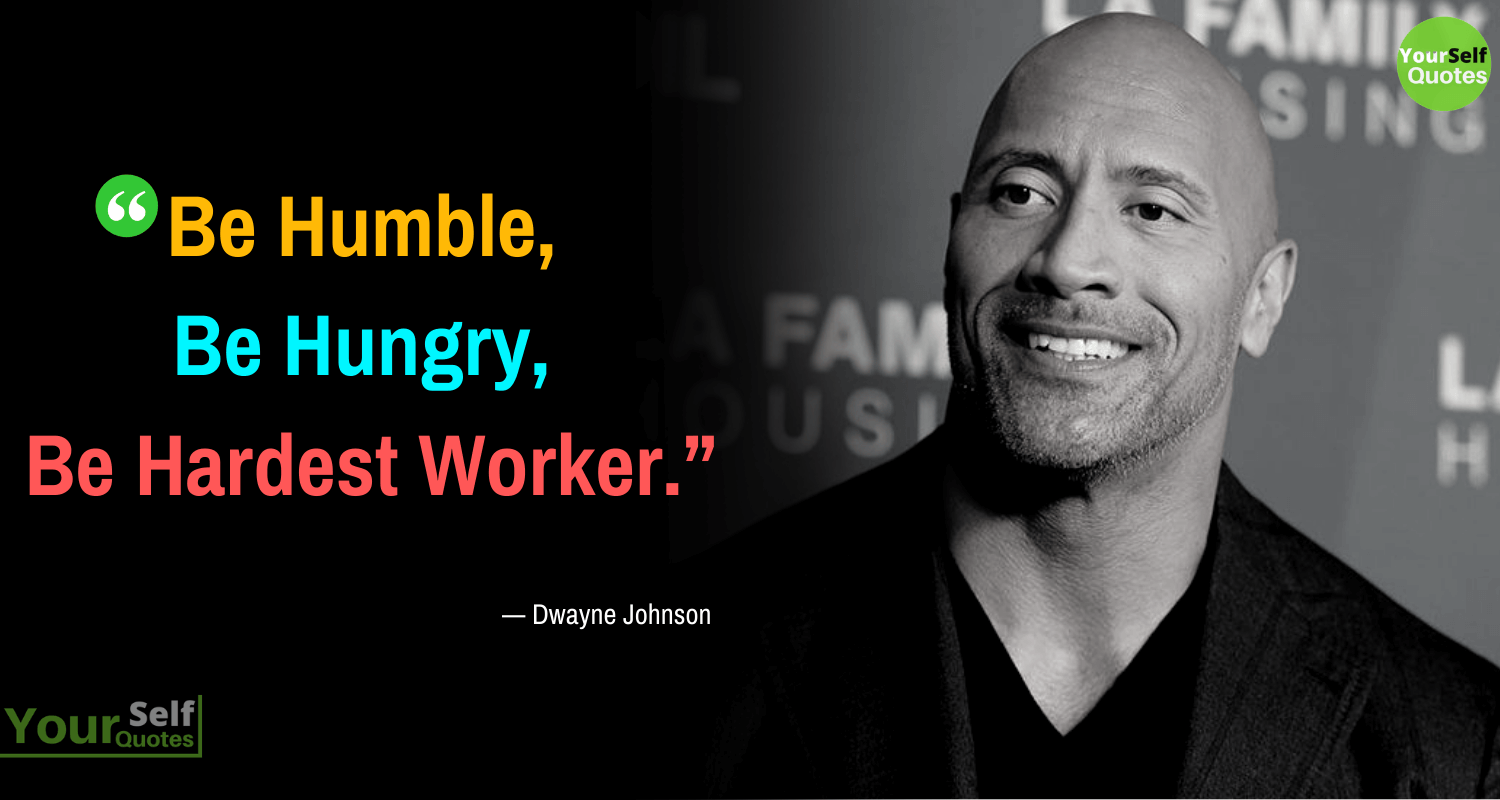 “All Success begin with self-discipline it starts with you.” — “The Rock” Dwayne Johnson 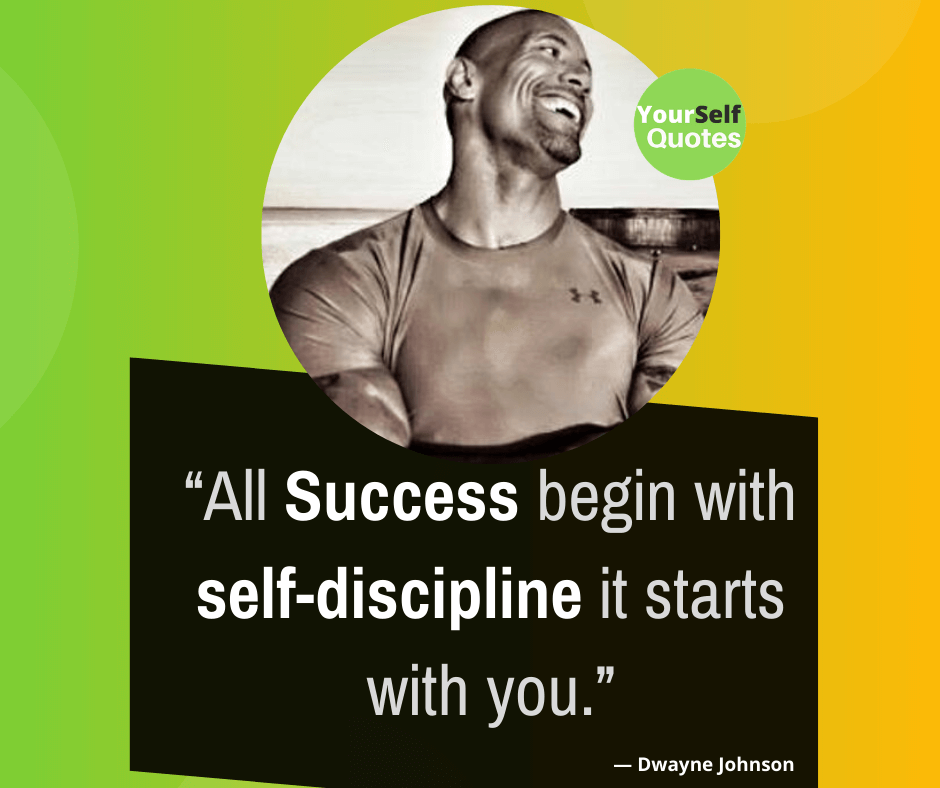 “When you walk up to opportunity’s door: Don’t Knock it. Kick That Bitch in, Smile and Introduce yourself.” — Dwayne Johnson 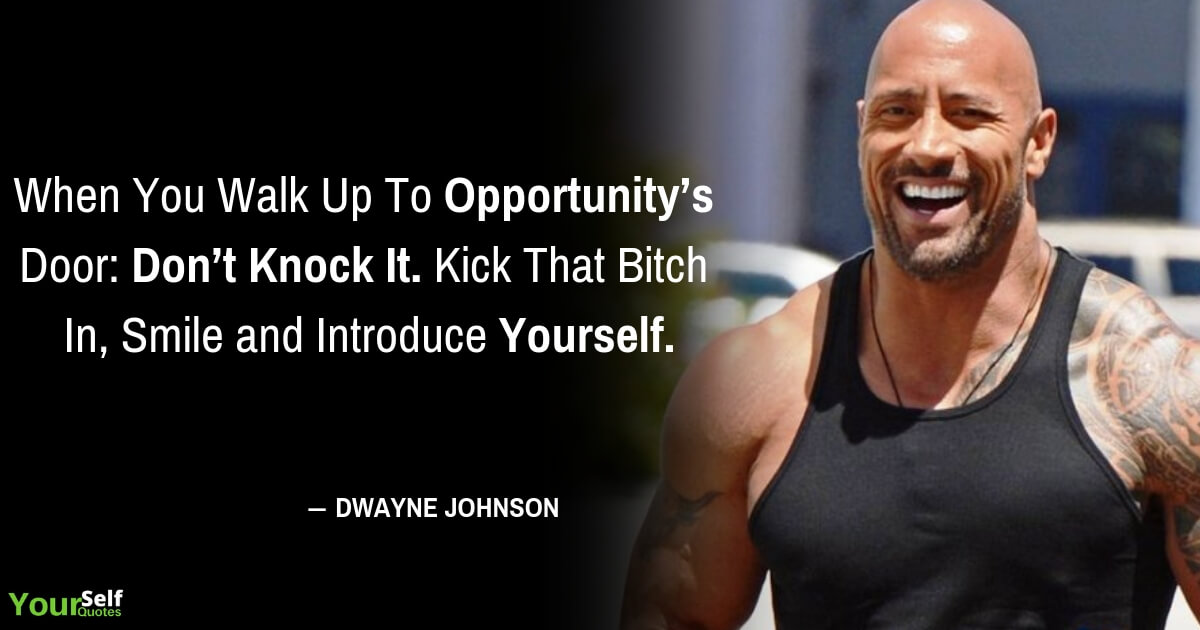 “Be Humble. Be Hungry. And Always Be The Hardest Worker in the Room.” — Dwayne Johnson 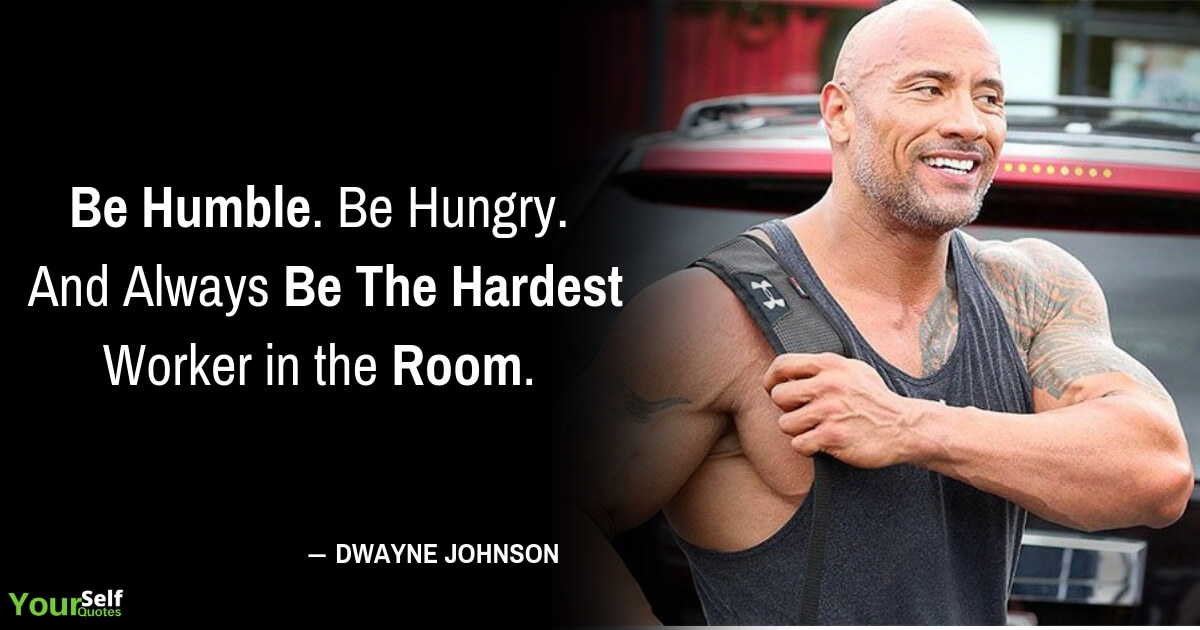 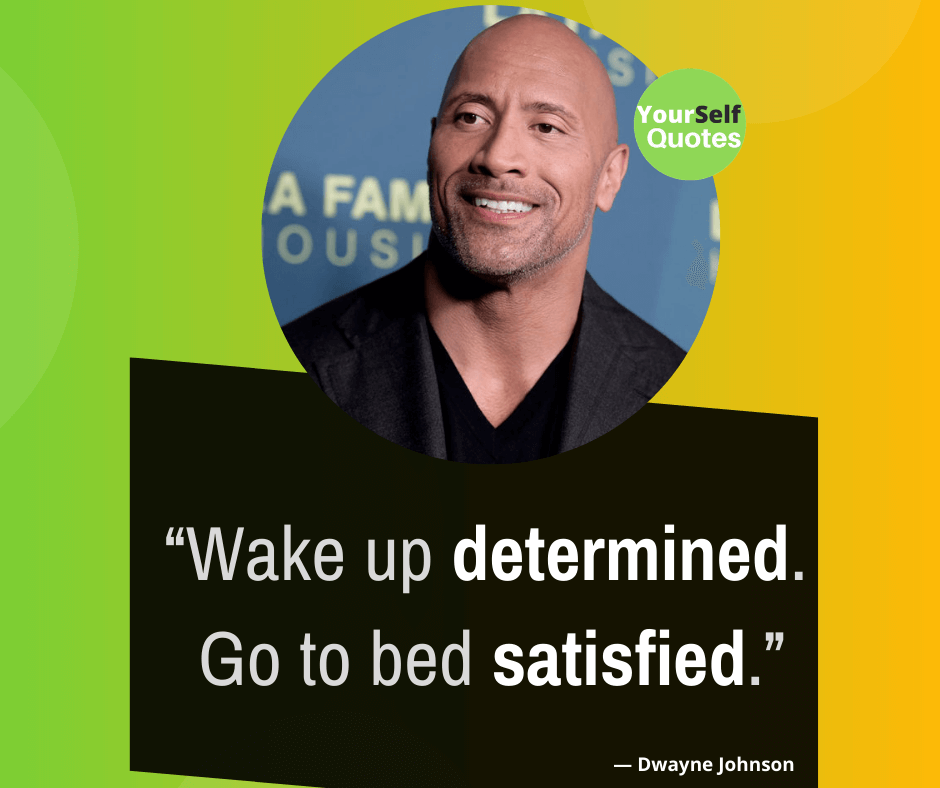 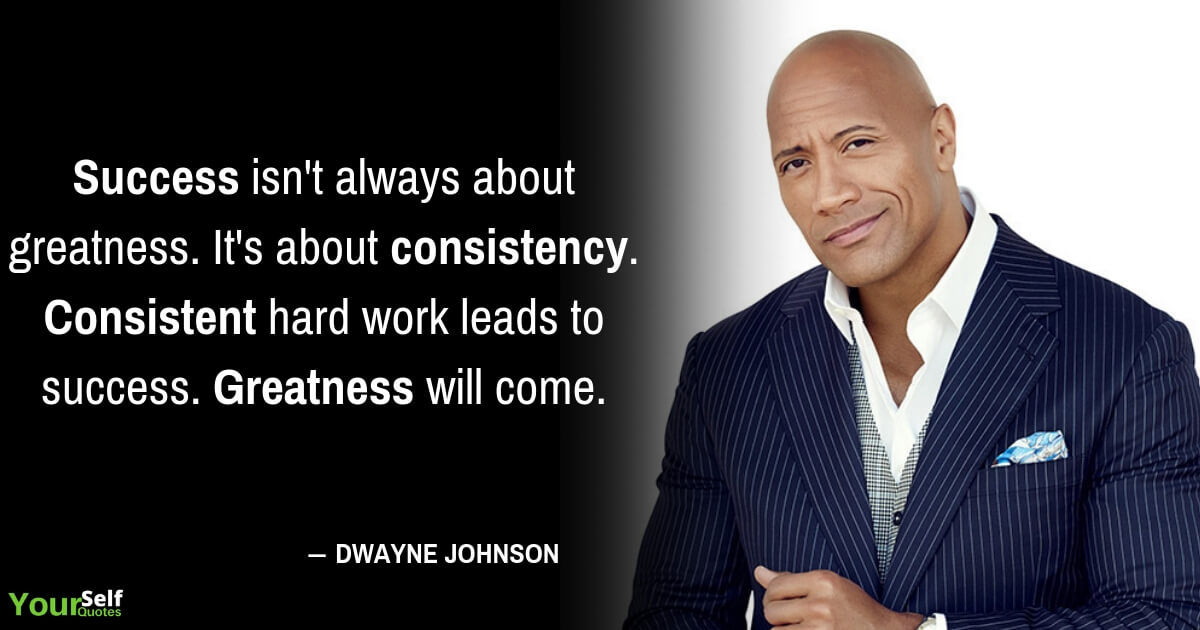 “You don’t need directions, just point yourself to the top and go!” — Dwayne Johnson 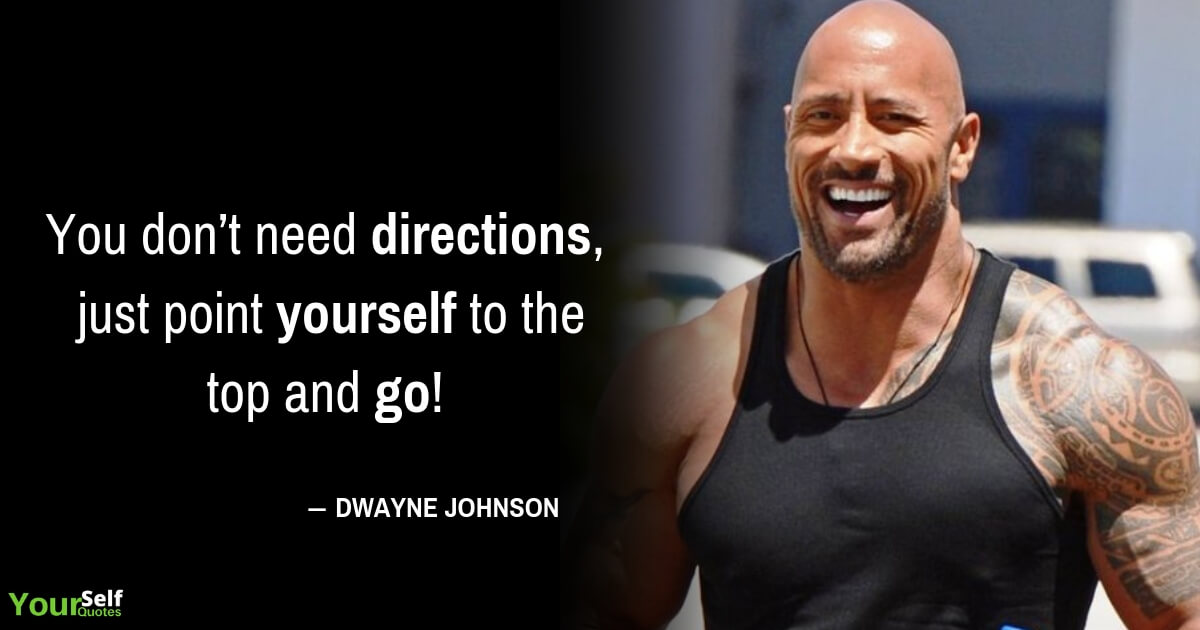 “I like to use the hard times in the past to motivate me today.” — Dwayne Johnson 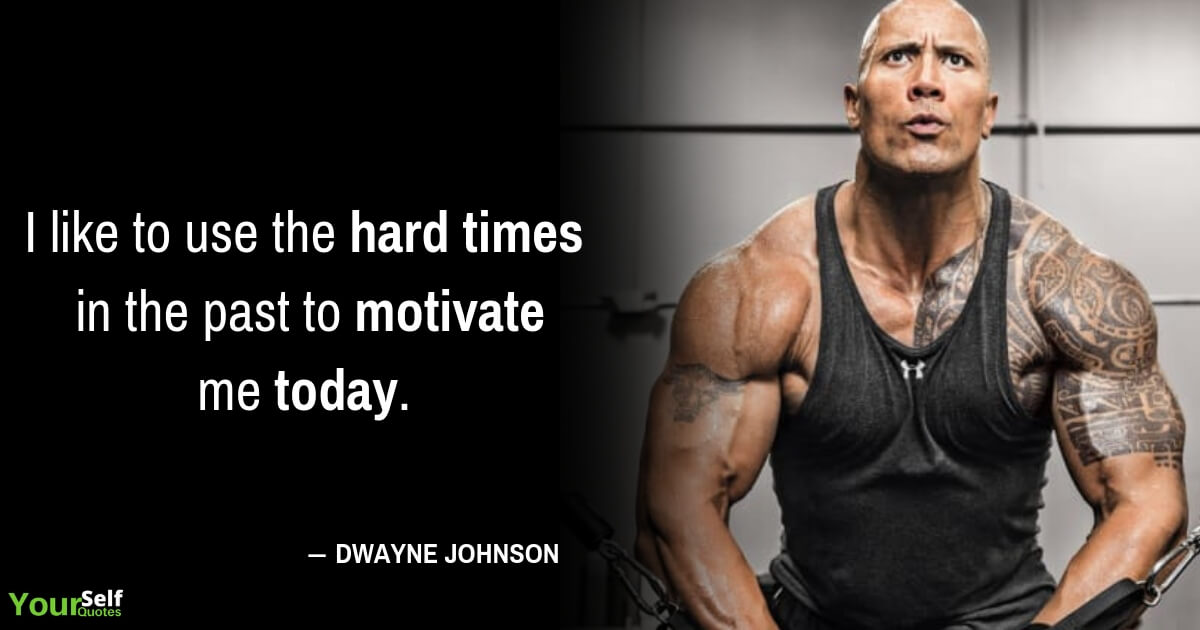 “If he was living in fear he would have relayed that message.” — Dwayne Johnson 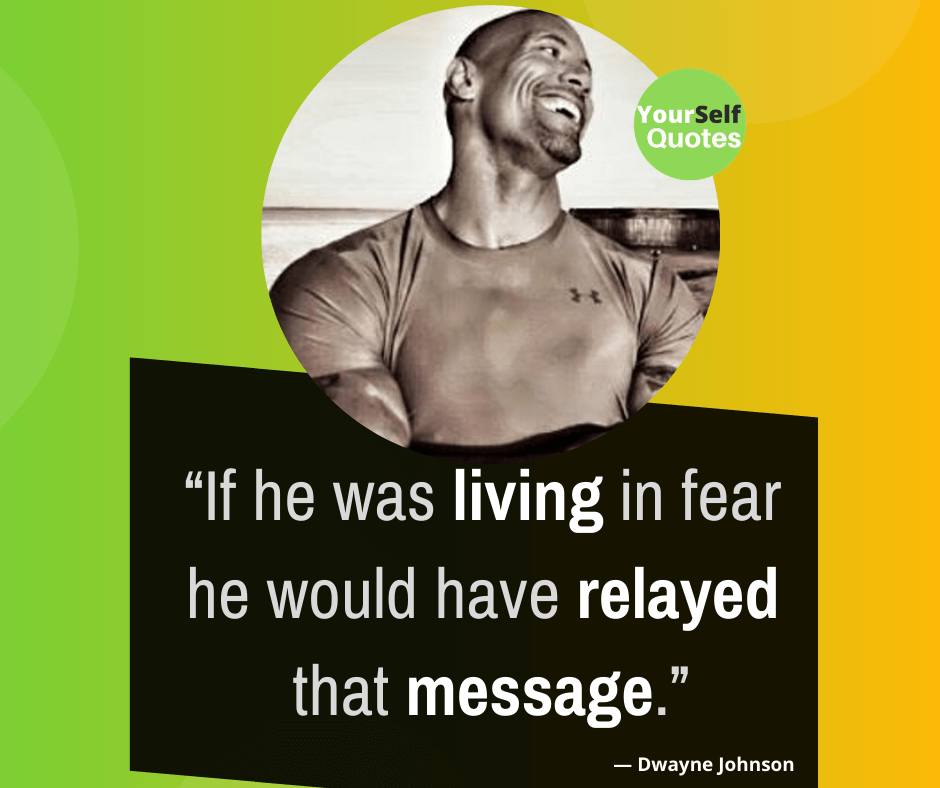 “My goal was never to be the loudest or the craziest. it was to be the most entertaining.” — Dwayne Johnson 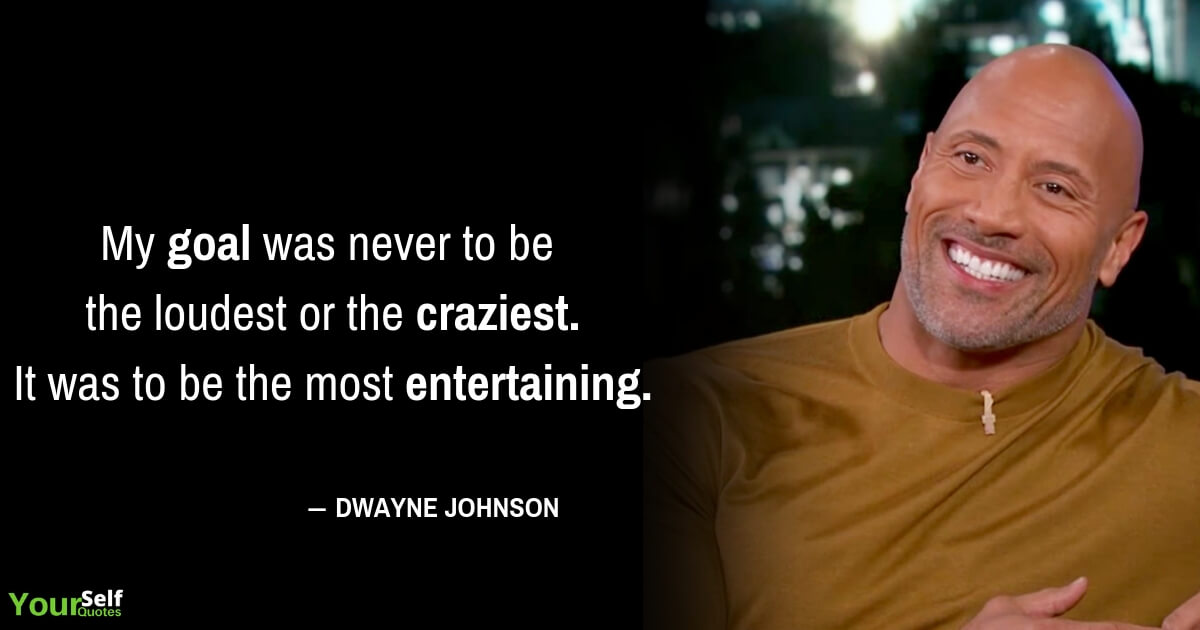 “Success isn’t overnight. It’s when every day you get a little better than the day before. it all adds up.” — Dwayne Johnson 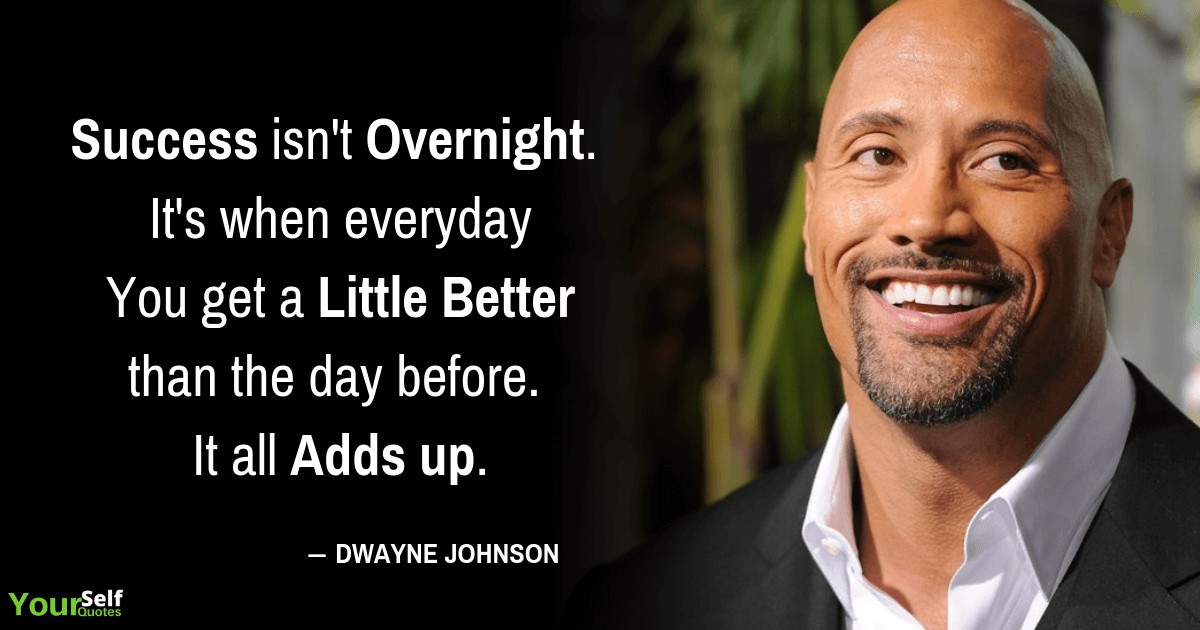 “it’s nice to be important, but it’s more important to Be Nice.” — Dwayne Johnson 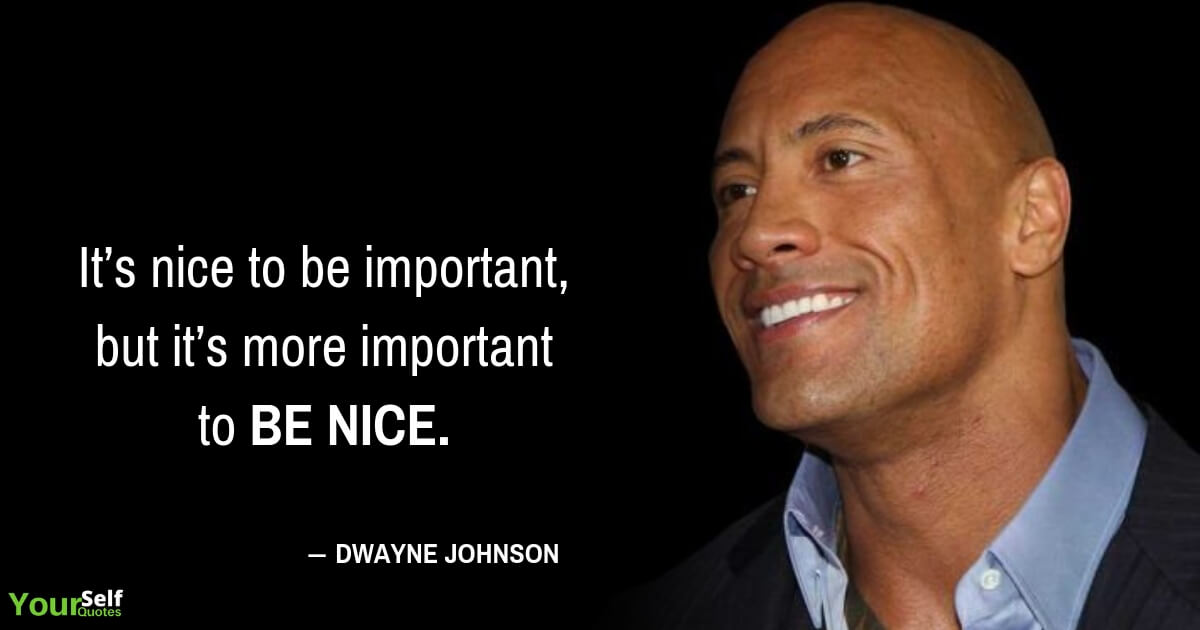 “Attitude and enthusiasm play a big part in my life. I get excited about the things that inspire me. I also believe in laughing and having a good time.” — Dwayne Johnson

“The first step to achieving your goal is to take a moment to respect your goal. Know what it means to you to achieve it.” — Dwayne Johnson 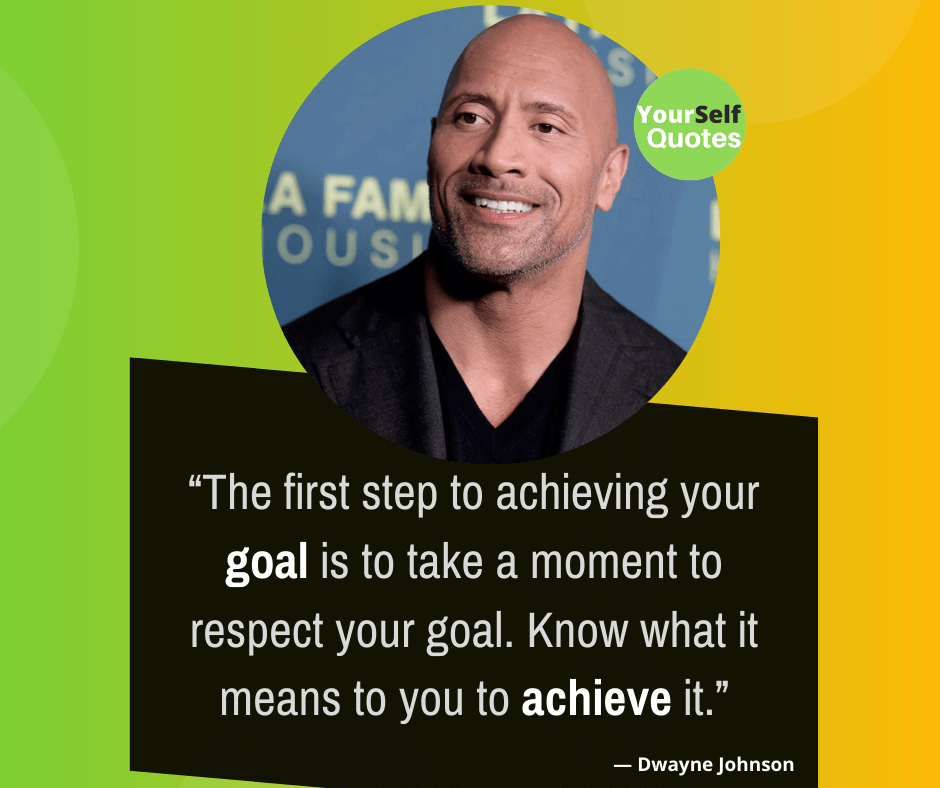 “I’m always asked, ‘What’s the key to success?’ The key is, there is no key. Be humble, hungry and always be the hardest worker in the room.” — Dwayne Johnson

“Blood, sweat and respect, First two you give, last one you earn.” — Dwayne Johnson 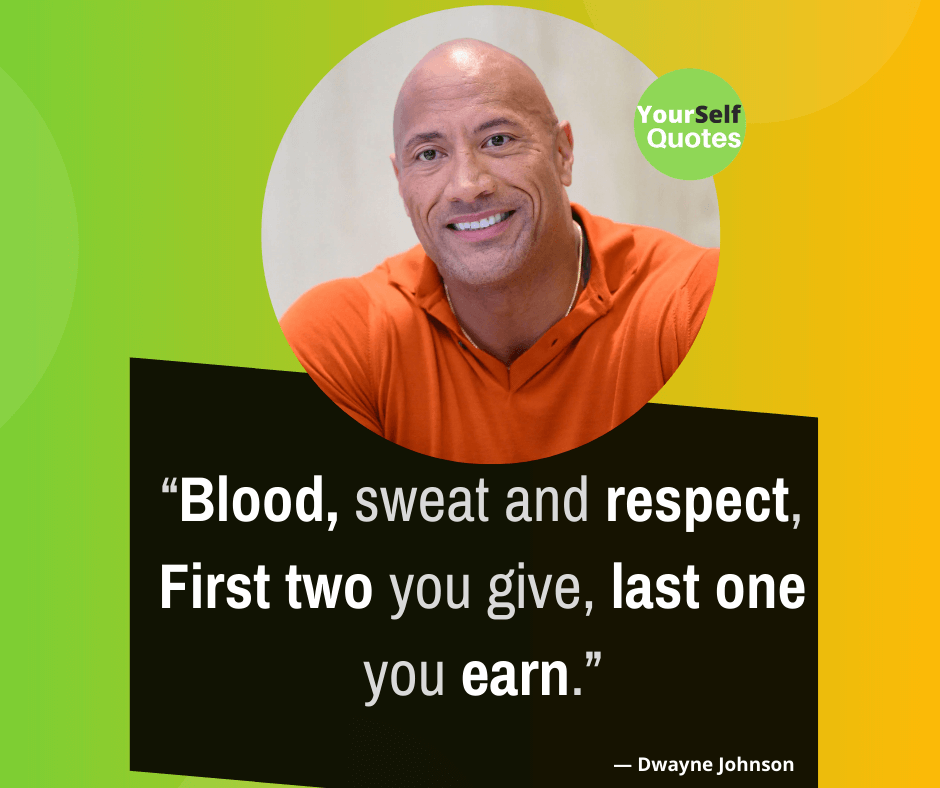 “THERE ARE HIDDEN BLESSING IN EVERY STRUGGLE” — “The Rock” Dwayne Johnson 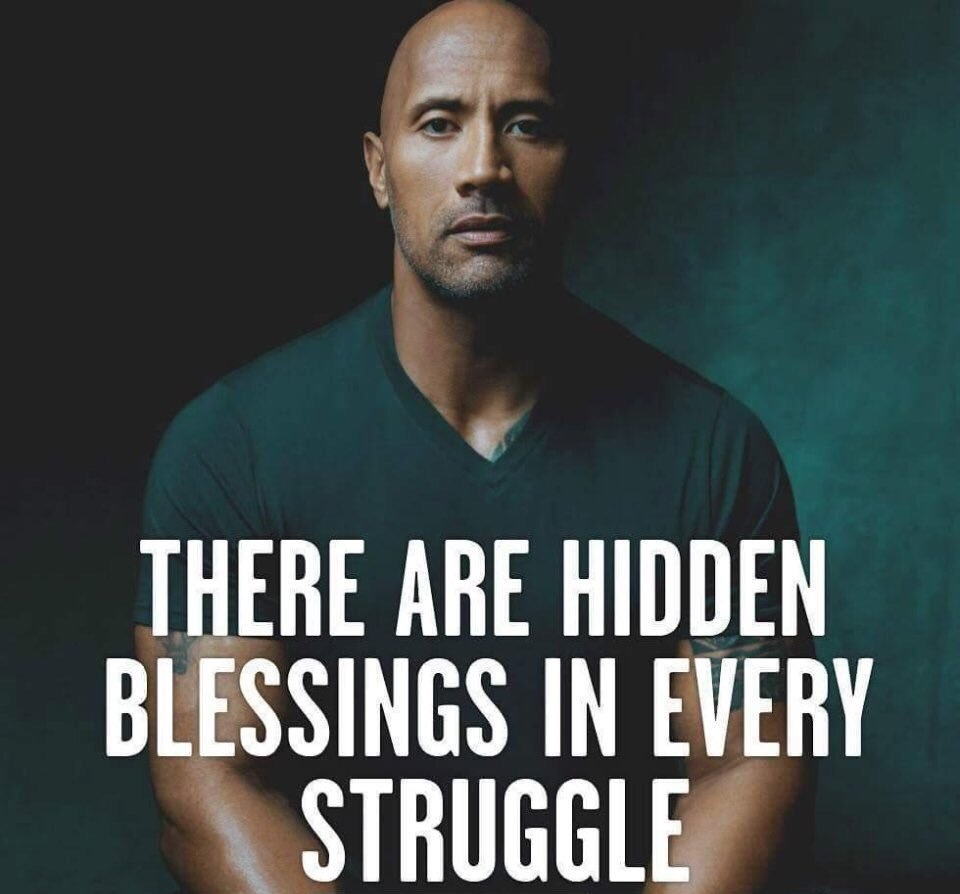 This real story and quotes of ROCK are very inspiring in life, whatever he did, did full of motivation and with great dedication. He knows how to acquire excellence in any format of life and won the game in the form of football, wrestling, and film. Today, you have read the above Dwayne Johnson Quotes which is very good and inspiring.

Please tell us in the below comment section that what is the one thing that you like the most about him.

The post Dwayne Johnson Quotes to Find Your Inner Strength appeared first on YourSelf Quotes.