Aamir is considered as one of the most renowned and influential actors of the Indian cinema industry. Not only nationally but at an international platform as well, he is recognized and followed by huge masses. The actor has made a strong footprint especially in  Southern Asia and Greater China and has been described by Newsweek as “The biggest movie star“ in the world.

Aamir Khan Family: Aamir was born to Tahir Hussain, a Film Producer, and Zeenat Hussain. He has a brother the actor Faisal Khan, and two sisters, Farhat and Nikhat Khan.

At a very young age of 8 years, Aamir made his first presence through a highly popular song in the Nasir Hussain-directed film Yaadon Ki Baaraat. And the first successful debut of the actor was Qayamat Se Qayamat Tak in 1988 opposite Juhi Chawla. The movie bagged seven Filmfare Awards including a Best Male Debut trophy for the Khan. After this many other movies came up which proved that the actor was spectacular in his field and will continue to rise up the ladder of success in the Bollywood industry. In 2012, Khan made his television debut through a talk show named as “Satyamev Jayate“. This show dealt with social issues. And this show made him the highest-paid host in the Indian television industry as of June 2012.

When it comes to humanitarian and social causes, Aamir Khan has always supported the same. He actively participated in the demonstrations put up by the Narmada Bachao Andolan committee with their leader Medha Patkar after the Gujarat government’s decision to raise the height of the Narmada dam. The actor was appointed as the national brand ambassador of UNICEF to promote child nutrition.

Khan has co-founded a non-profit NGO with the name of the Paani Foundation with his wife Kiran Rao. This NGO works in the area of drought prevention and watershed management in the state of Maharashtra, India.

Through his splendorous performances in Indian cinema, the Khan has bagged several awards and recognitions. These include nine Filmfare Awards, four National Film Awards. and an AACTA Award, as well as an Academy Award nomination. The Government of India honored him with the  Padma Shri in 2003 and the Padma Bhushan in 2010. And in 2017, he received an honorary title from the Government of China.

Aamir’s movies have always inspired us, and in the same way, his words have also influenced us deeply and positively.

So let’s see some of the most Famous Aamir Khan Quote that will make us highly professional.

“I am not a perfectionist. Perfection doesn’t exist in real life. It’s the wrong title for me.” — Aamir Khan 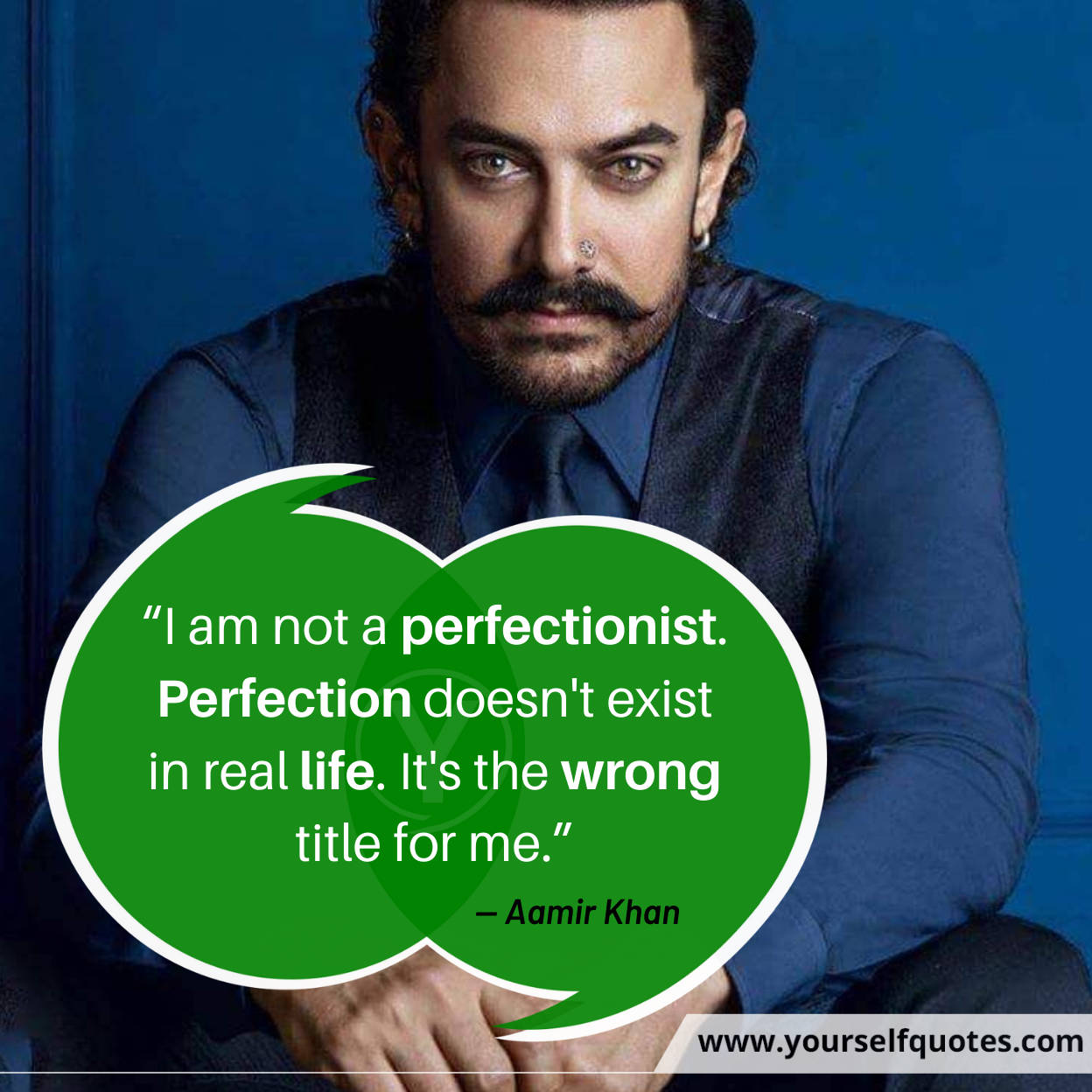 “I do what I feel is right. I do not fear to walk on a new path and take risk.” — Aamir Khan 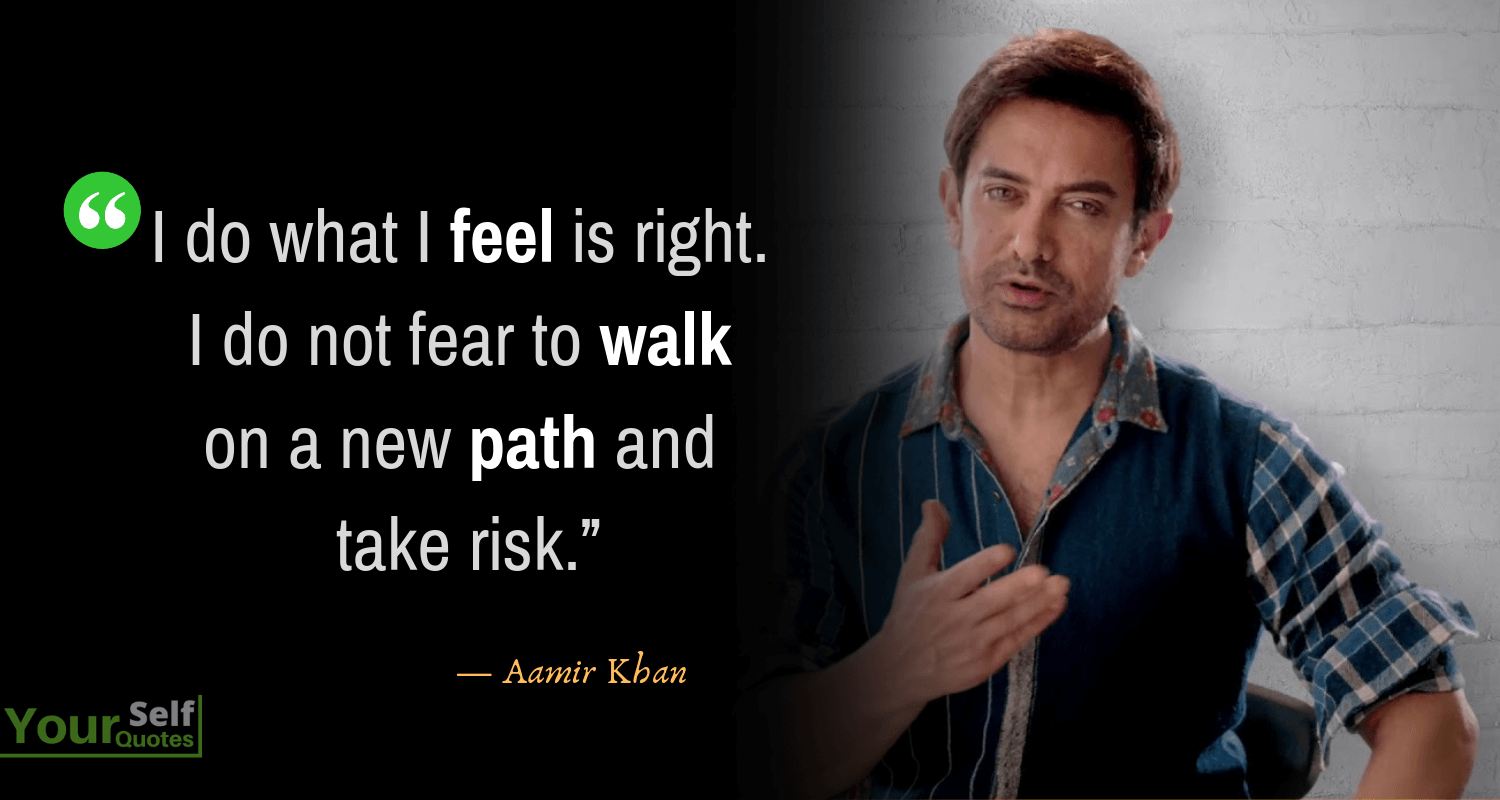 “I am more spiritual than religious; Besides I am not a fanatic.” — Aamir Khan 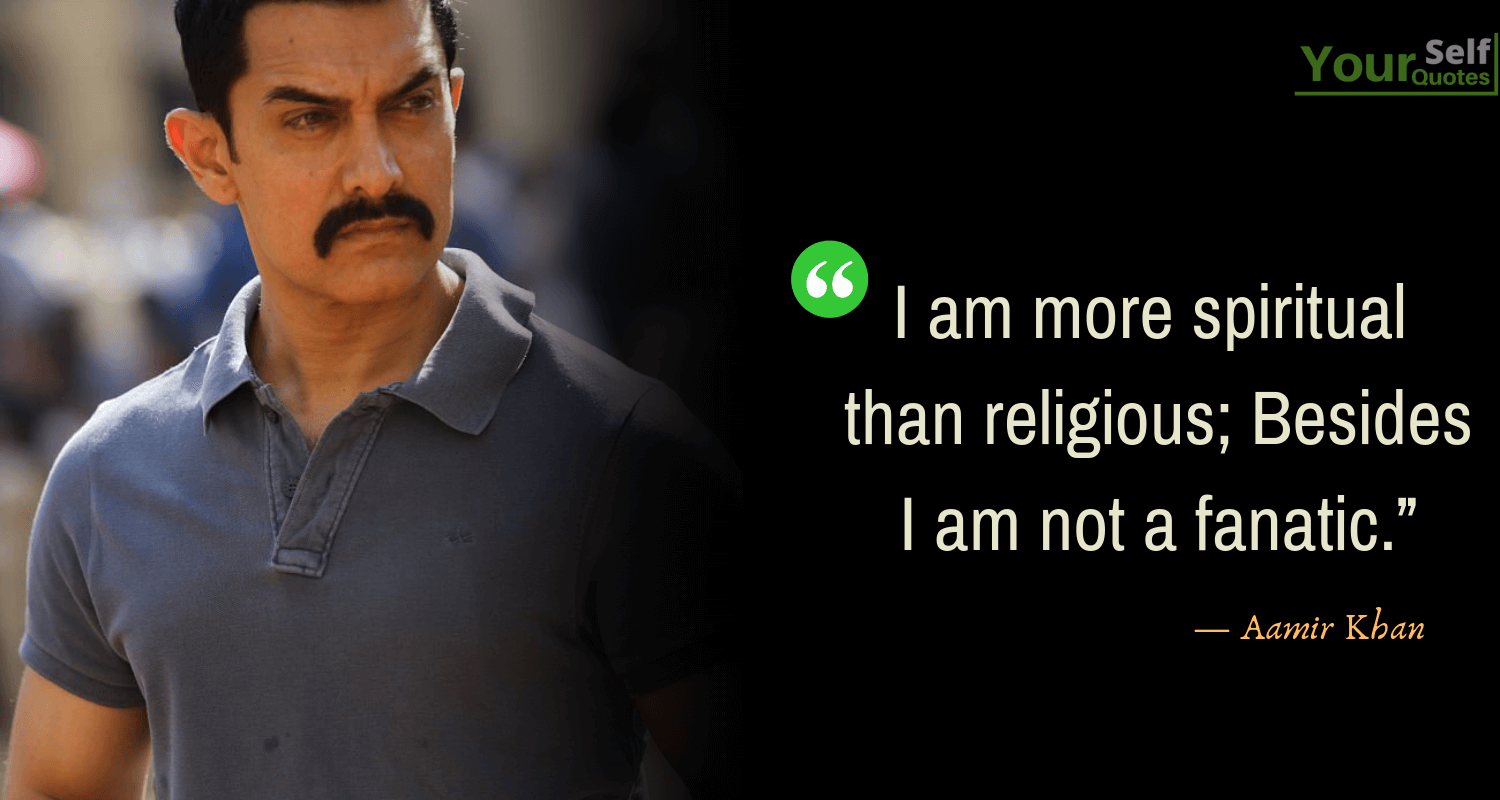 “I do what I feel is right. I am not scared to walk on the new path and take the risk.” — Aamir Khan 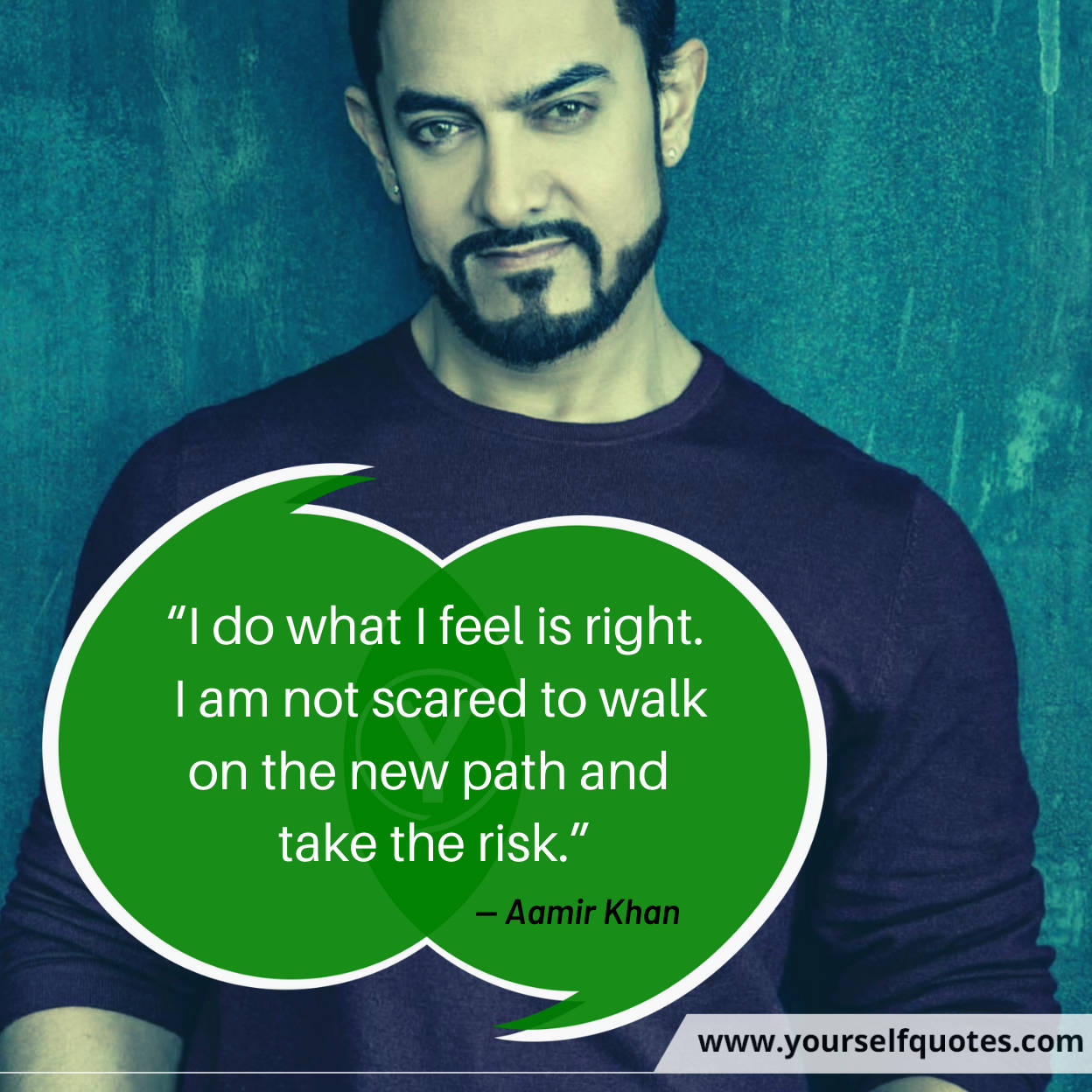 “I am raising my voice as a citizen of the country. I don’t want to enter politics.” — Aamir Khan 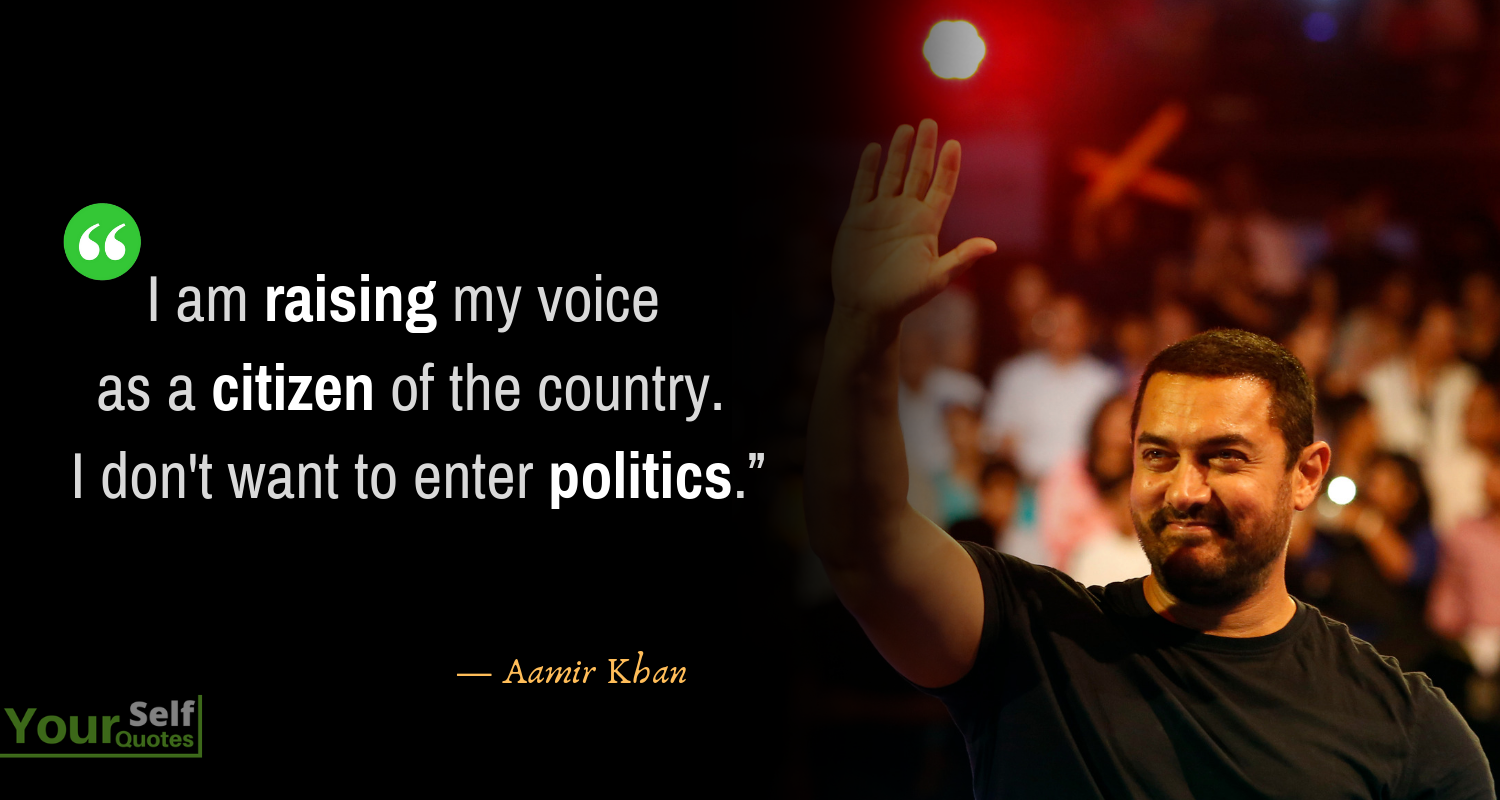 “I am happy that I have entertained people and made them happy.” — Aamir Khan 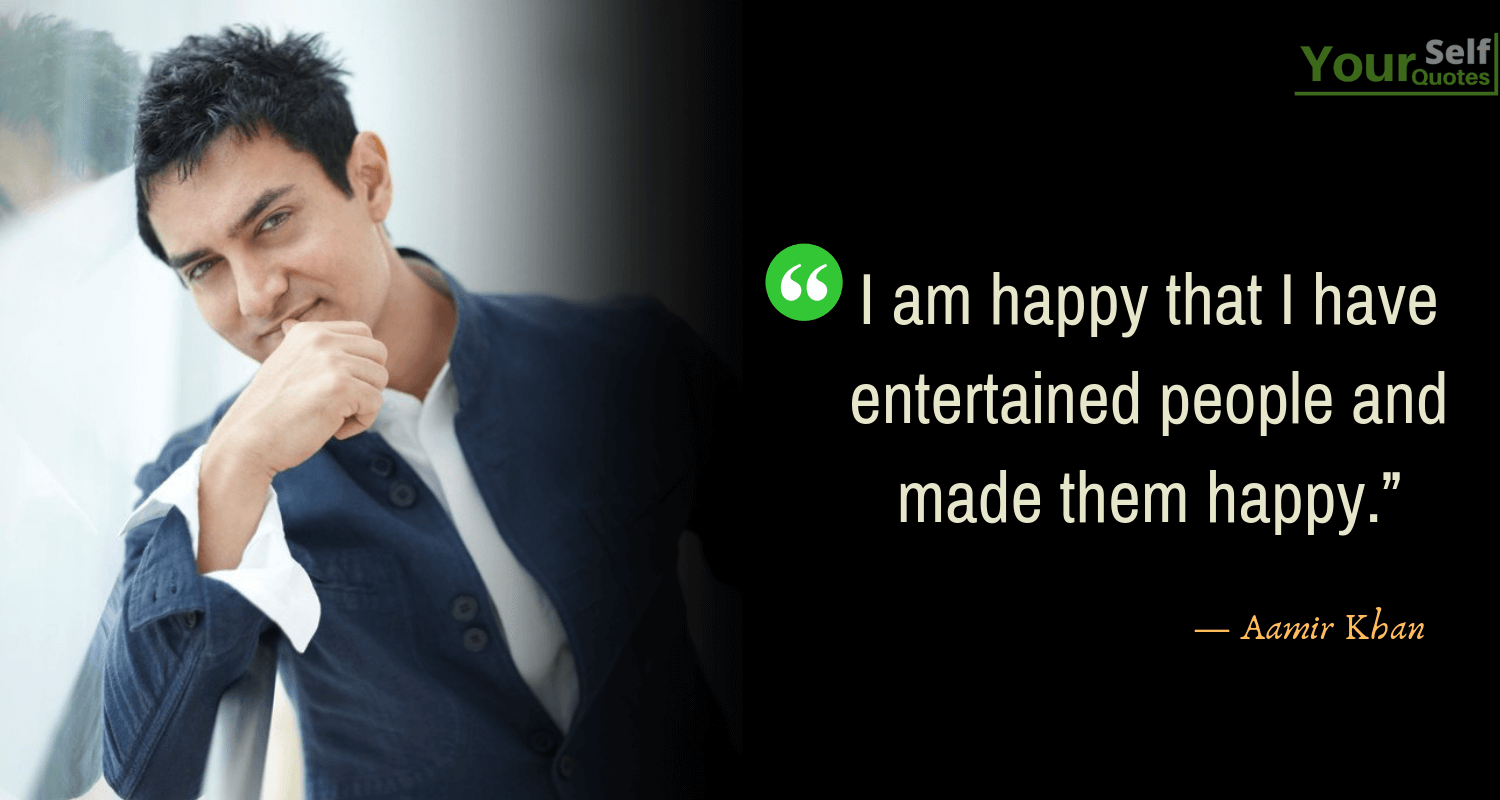 “Education is education, be it verbal or written.” — Aamir Khan 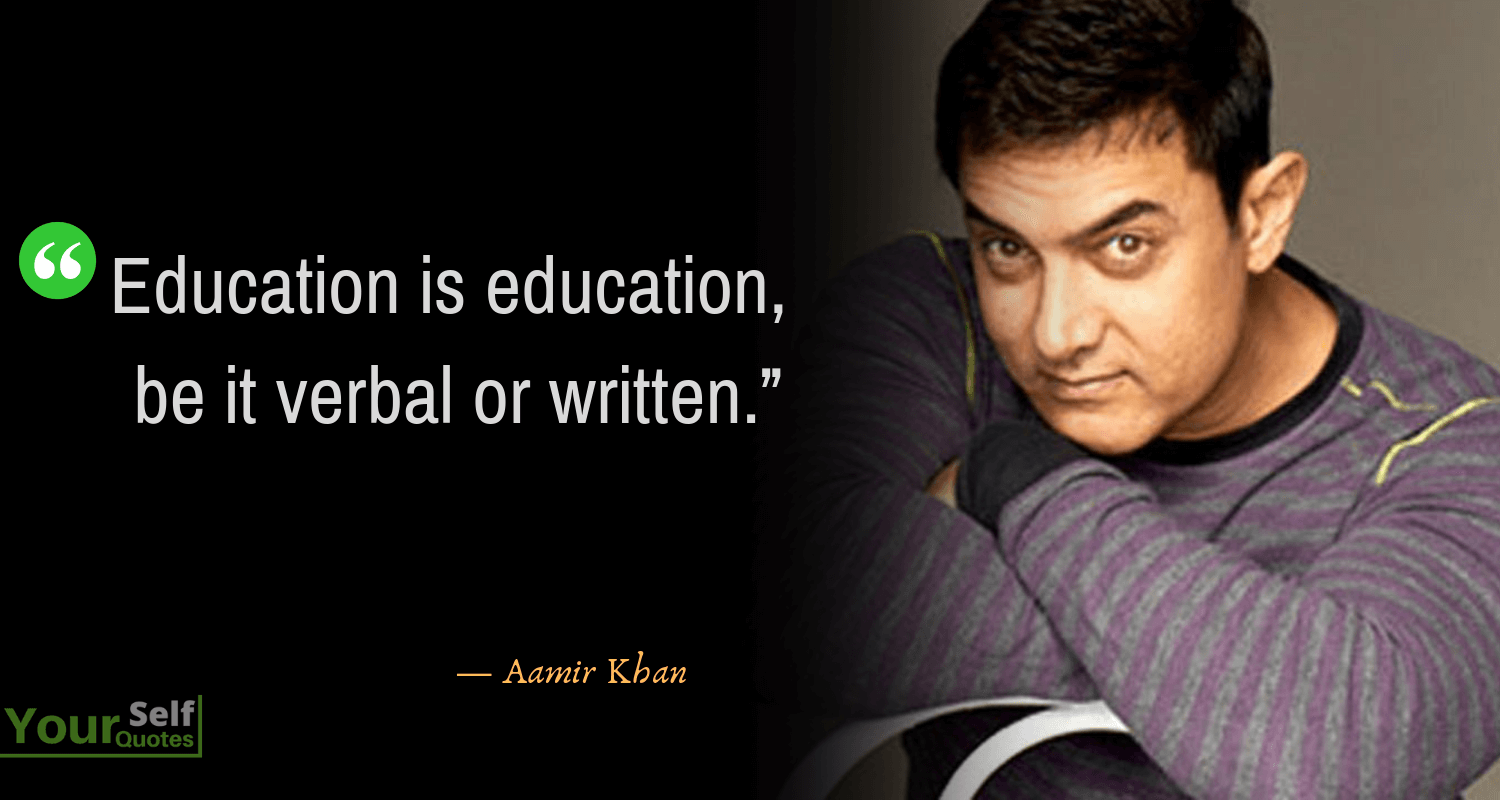 “When I prepare for a role, I try to get inside the character’s head and understand him.” — Aamir Khan 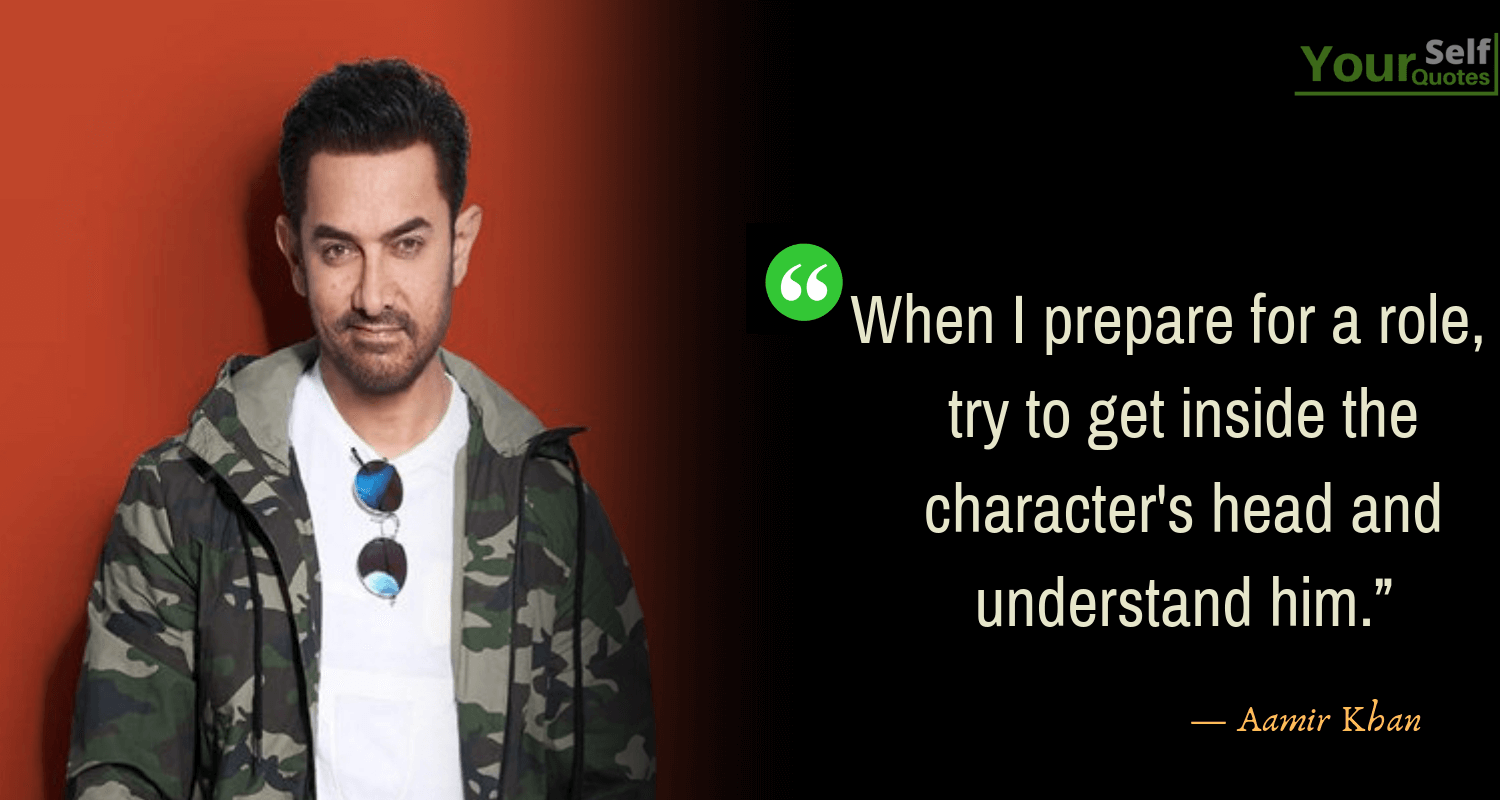 “I don’t believe in strategies. I love what I am doing, that’s the main thing.” — Aamir Khan 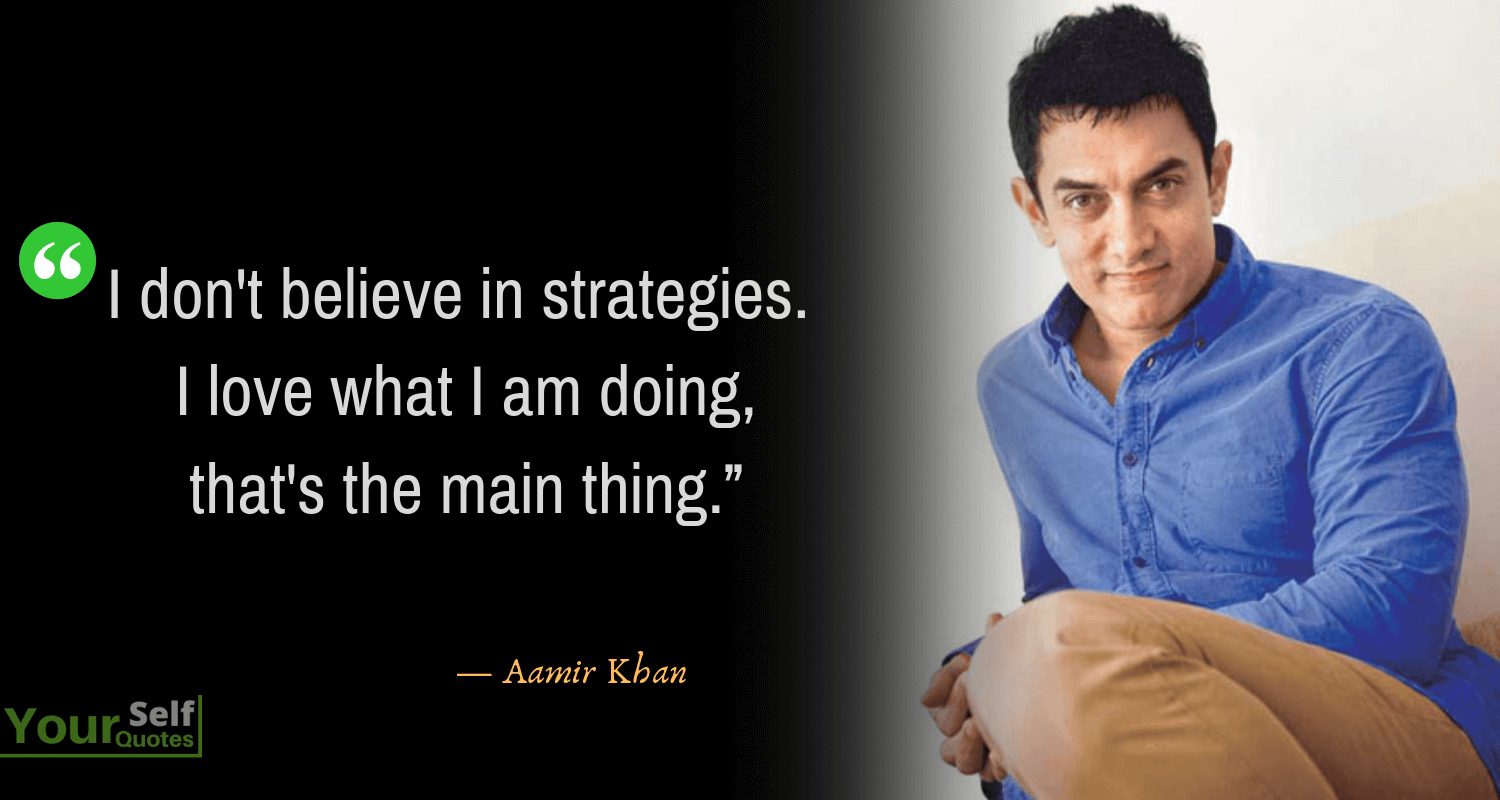 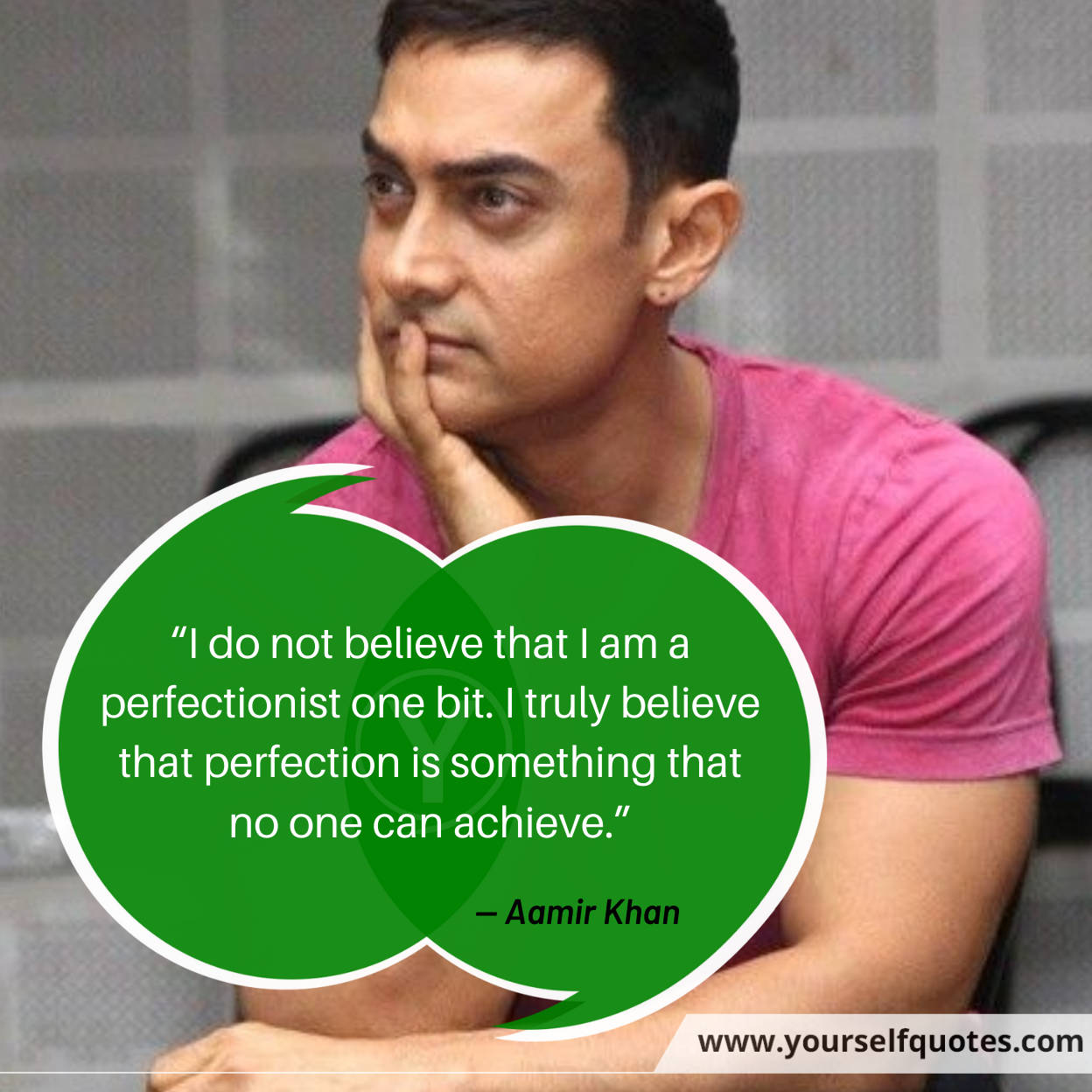 “When I was new, I didn’t know where my career will go. Initially, my films were not even successful, but then I learned a lot from my mistakes.” — Aamir Khan

“When I am shooting a film, then everything goes soft focus. My family also complains that I don’t give them time.” — Aamir Khan 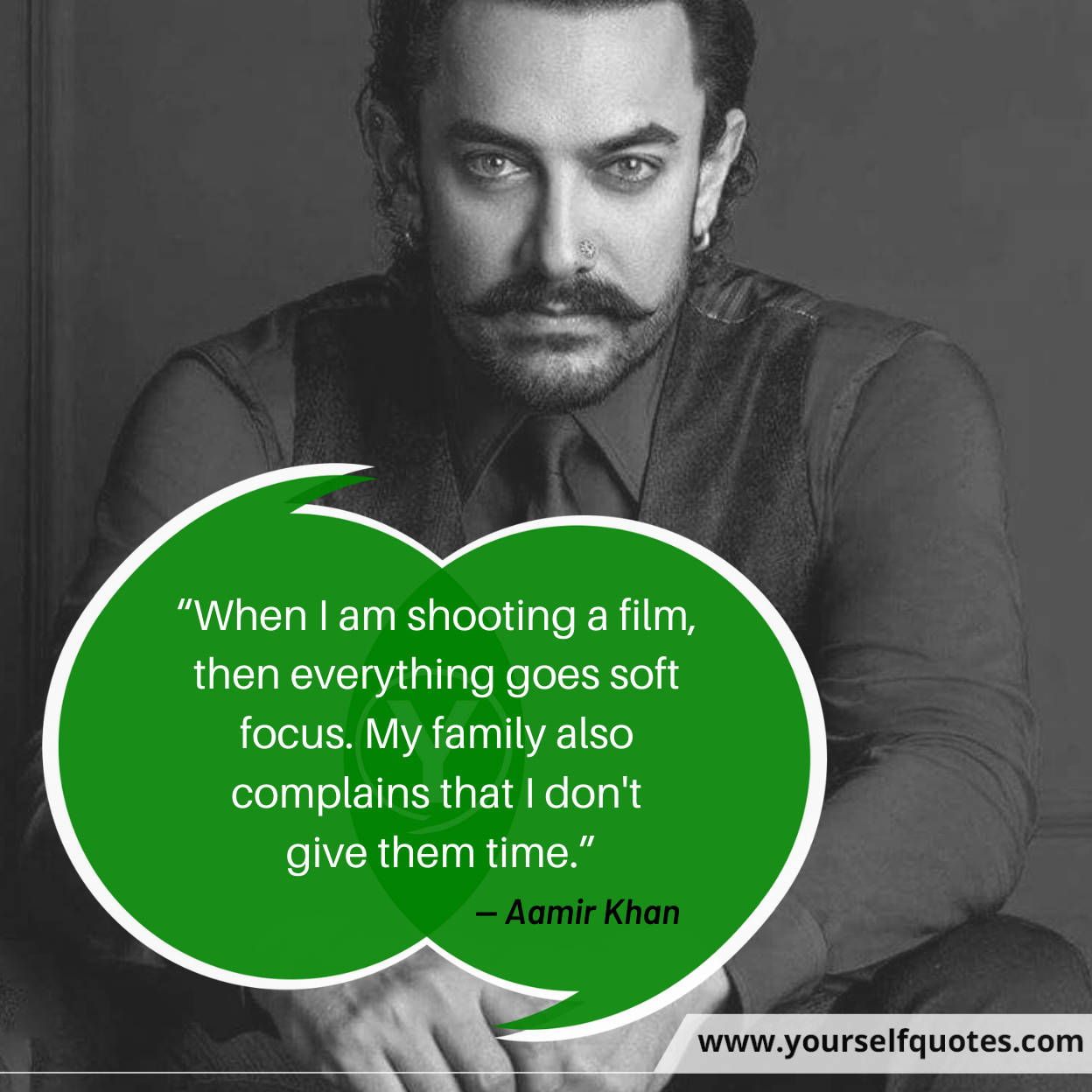 “The journey that I have undertaken, meeting people from all walks of life and learning from them, has been my biggest achievement.” — Aamir Khan

“Our society covers these problems with a veil. All I want is an open discussion.” — Aamir Khan 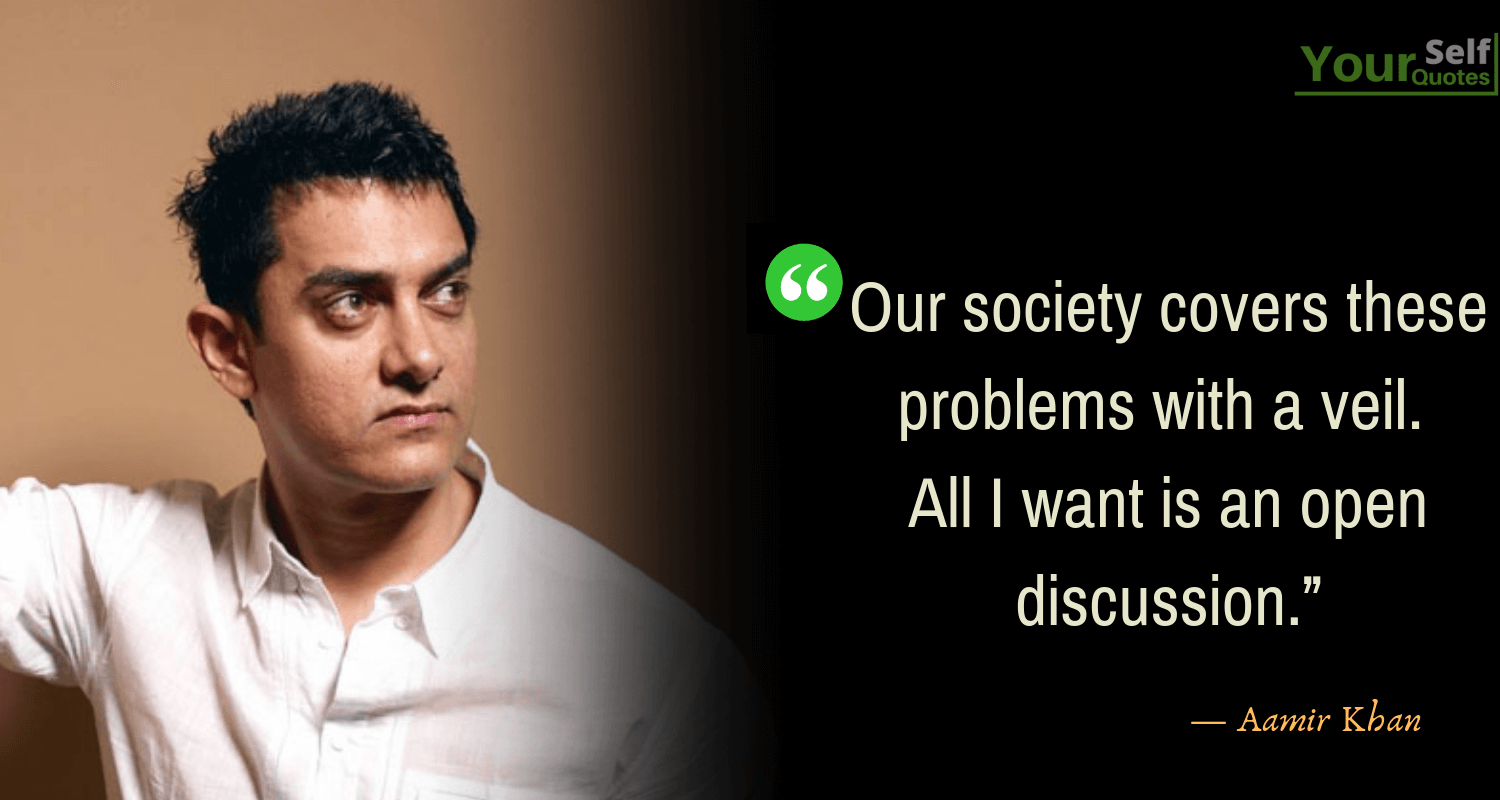 “If need be, I will even meet the Prime Minister. But I want the people who are at the receiving end and who know the problems first-hand to talk to him.” — Aamir Khan

“If a script has that effect on me during a reading, then it is definitely a film I want to be part of.” — Aamir Khan 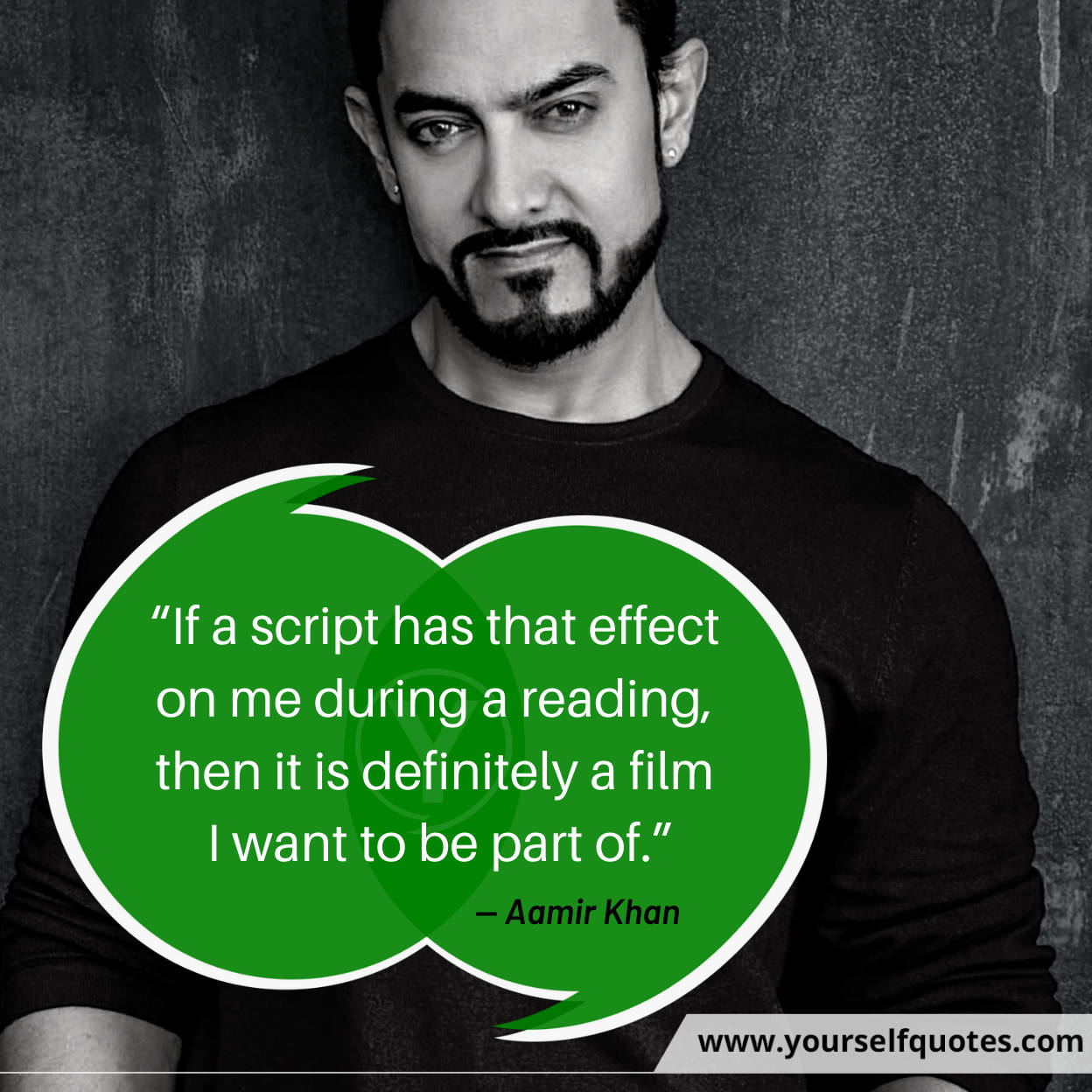 “Essentially, it is the director who is the creative head of a film. The final authority on all decisions lies with the director. That is how it should be. And then other team members can give their creative inputs.” — Aamir Khan

“Badminton is like ballet dancing. It requires a lot of control, strength, mind play and measured movement.” — Aamir Khan

“I have had unsuccessful films, but I learned a lot from those films. I give my failures as much importance as my success.” — Aamir Khan 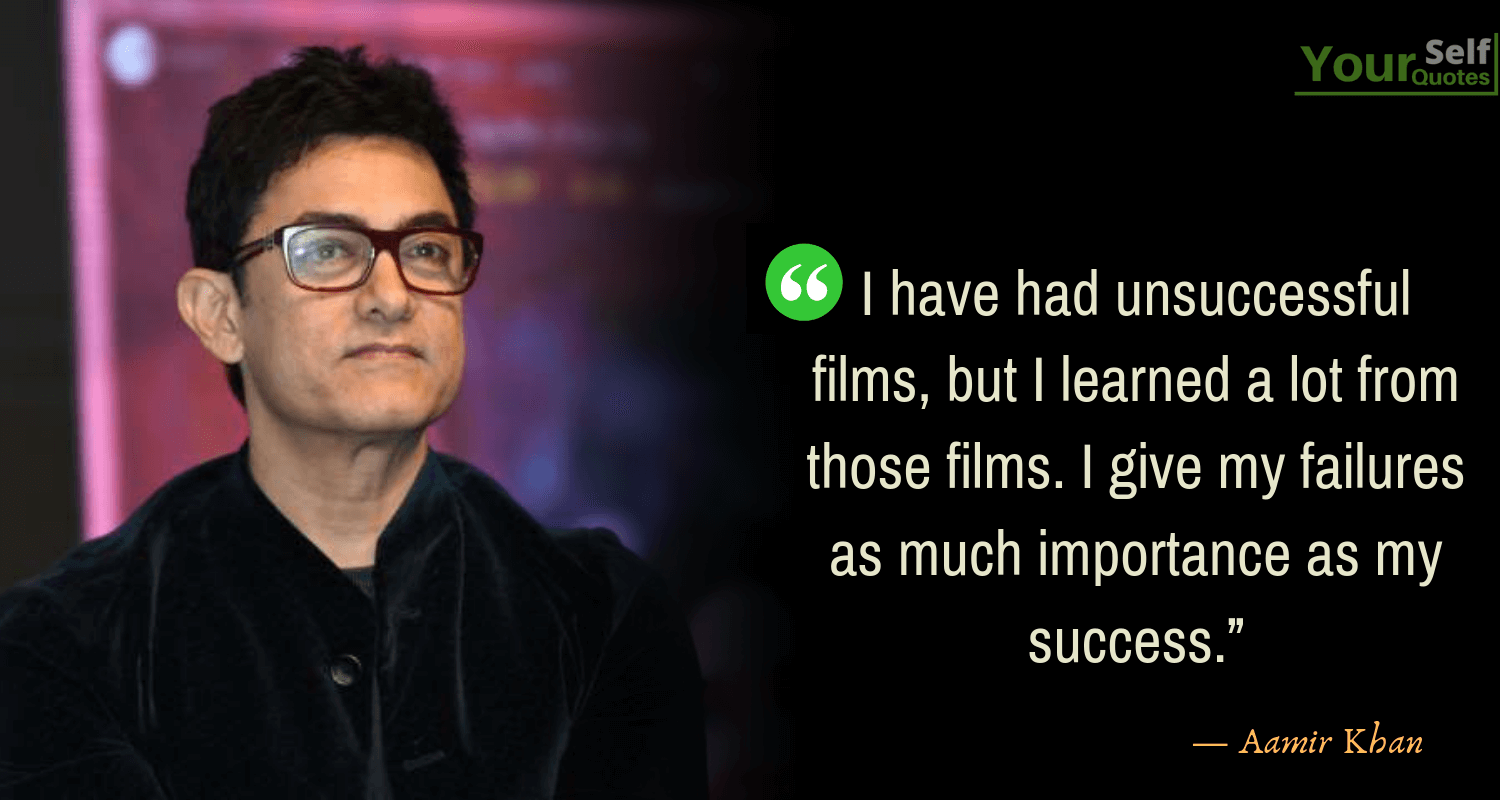 “I enjoy the love I receive from my fans and my audience. But I think I know what is real for me and what is not.” — Aamir Khan 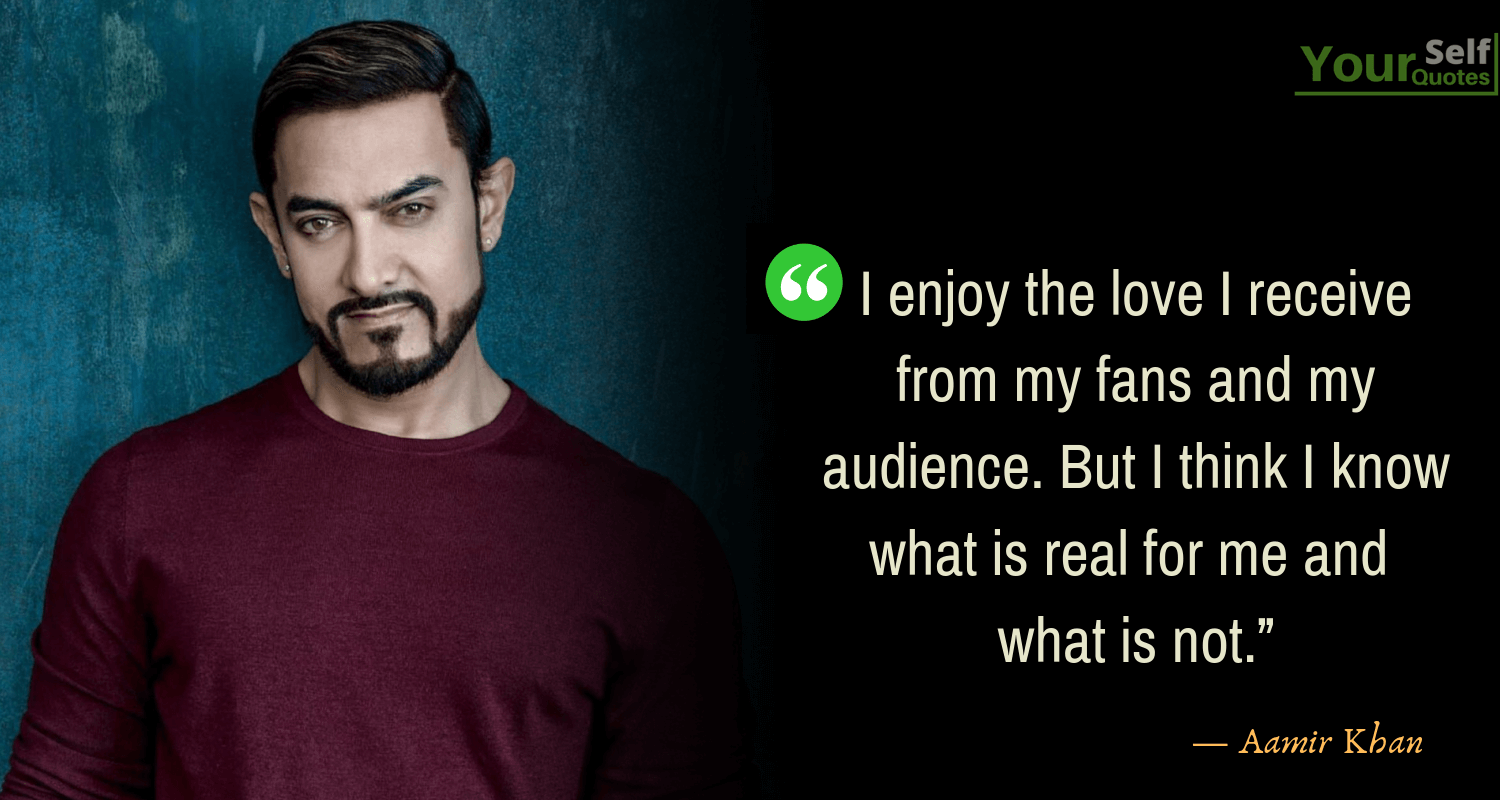 “But at that time it was a very alien concept for filmmakers.” — Aamir Khan 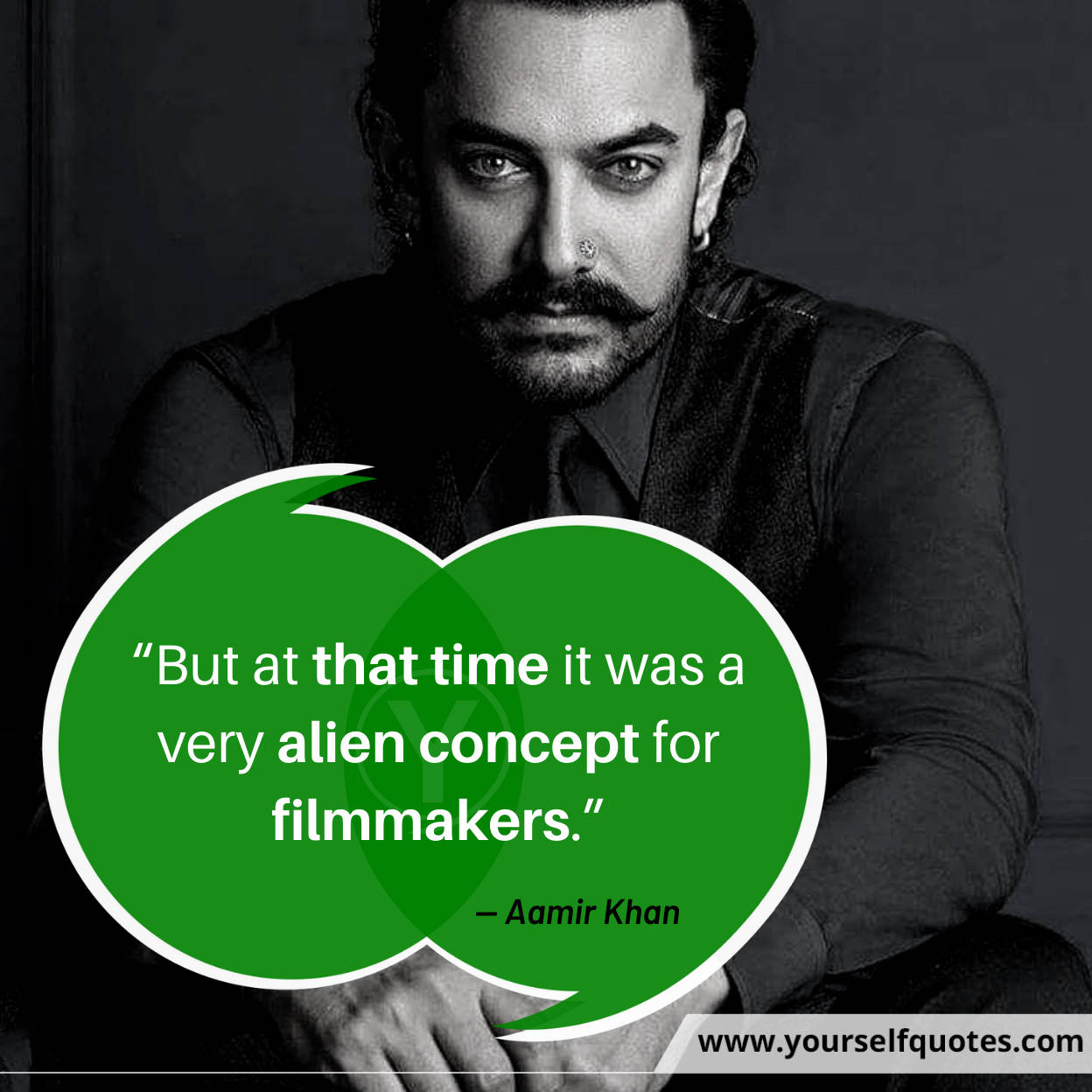 “Film making is like fighting a war with leadership at the front.” — Aamir Khan

Aamir Khan a renowned Bollywood actor, is widely followed by his fans worldwide. He is known for his charismatic and perfect image in the industry. Aamir Khan, popularly known as Mr. Perfectionist, is holding a huge fan following. The actor has made a special footprint and mark in the Bollywood industry for many years. He has acted in various unique concept movies and given an amazing performance. Apart from being a great actor, Khan is a popular activist and humanitarian. He participated and stood up for various social causes. He received Padma Shri in 2003 and the Padma Bhushan in 2010 from the Government of India. The actor even received an honorary title from the Government of China in 2017.

I hope you are surprised by his personality and will try to make him as your Mr. Perfect idol. May the golden words of Mr. Perfectionist make you perfect in each field of life. If you wish to be perfect and wish the same for others, then do share this perfect Aamir Khan Quotes Images with your family, friends, and loved ones. 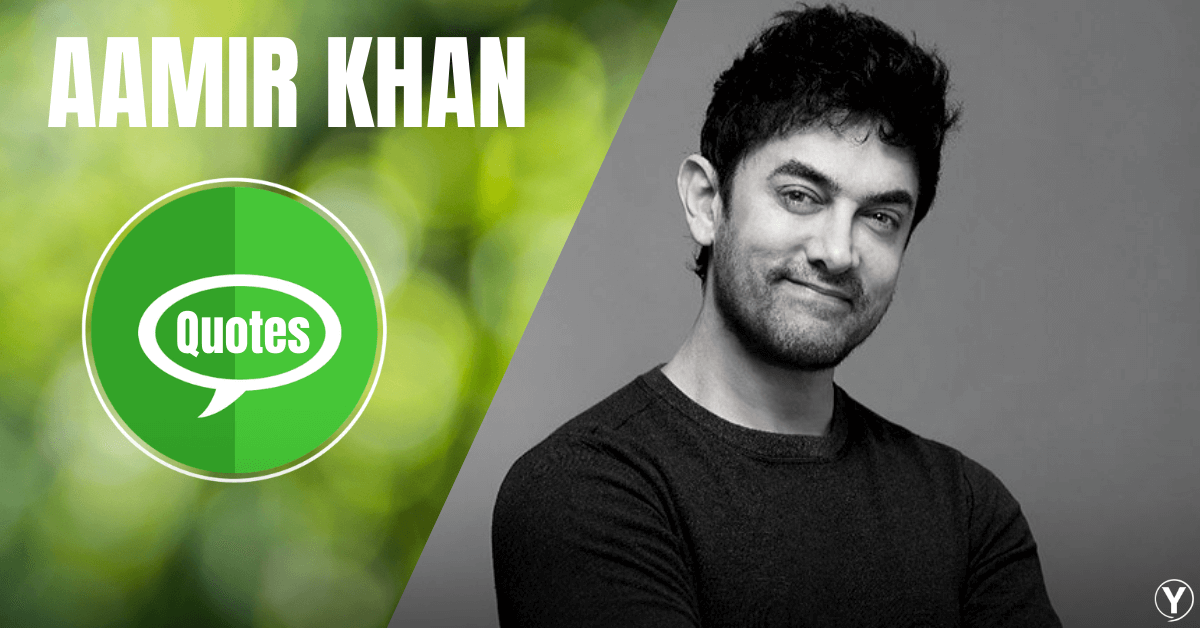 The post Aamir Khan Quotes That Will Indulge You Into Stardom appeared first on YourSelf Quotes.